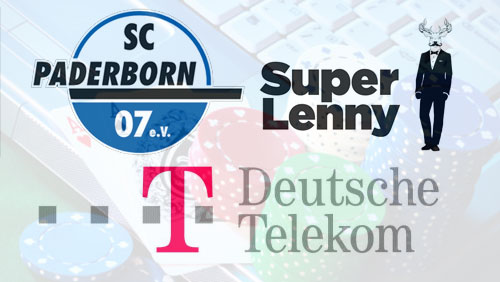 Deutsche Telekom has begun preparations to enter Germany’s multi-billion gambling market after the Hesse Ministry of the Interior announced the recipients for the 20 sports betting licenses available under the German Interstate Treaty on Gambling.

German newspaper Sueddeutsche Zeitung reported that the German telecommunications company is making plans to offer betting services through a company called Deutsche Sportwetten GmbH (DSW). Deutsche Telekom is reportedly interested in buying a piece of DSW to become its majority shareholder. Deutsche Telekom’s spokesperson said that the move has been approved by Germany’s cartel office.

Terms of the deal were not disclosed but both sides welcomed the deal and the benefits each will have in sharing exposure on the mainstream platform the Bundesliga provides.

“We are very pleased that our marketers have been able to conclude this cooperation,” Paderborn Executive Vice President and General Manager Martin Hornberger said in a statement. “It’s nice to know that we can now convince foreign companies that we provide a good advertising platform.”