If the English Premier League has parity, the German Bundesliga has, well, the opposite of it. 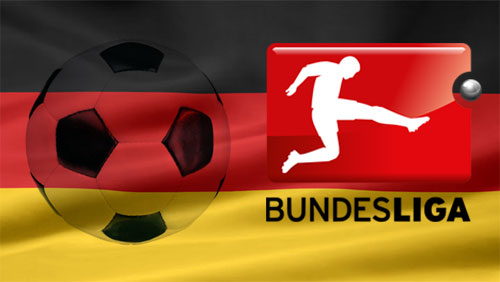 That’s the unfortunate reality facing every German team not named Bayern Munich. It really is a competition for second place, which is made more depressing when you realize that Bayern’s been looting the talent of Borussia Dortmund – the only team that can give them a run for their money – in the past two years. First, it was Mario Gotze. Then it was Robert Lewandowski. Unless Dortmund ships Marco Reus out of Germany this season, he could be the next one to head to Bayern next year.

So is anyone really challenging Bayern Munich this year?

Unless there’s a geographical realignment in Europe and Barcelona and Real Madrid inexplicably become part of Germany, there’s no chance that any team can challenge Bayern this year or next and likely not the year after that. There’s a reason why the defending champions are 1/6 to win the Bundesliga. Dortmund’s got juicy 13/2 odds for a team that has proven its worth against Bayern, but I’m not giddy about their title odds with Reus’ situation still up in the air because if he leaves, Dortmund’s toast. If he stays, they have a slim chance at taking the fight to Bayern. Either way, I’m not betting more than a curious unit or two that this happens.

Really, so no one’s beating Bayern this year?

Let me put it this way. The Bundesliga typically sends four teams to the Champions League. This season, Schalke 04 and Bayern Leverkusen are joining Bayern and Dortmund in the continental tournament. Schalke’s odds to win the Bundesliga are 25/1.

Bayer Leverkusen’s odds to win the Bundesliga are 33/1. That’s a Grand Canyon-sized gap between the champs and the closest contenders.

Ok, so can I bet on Bundesliga odds without Bayern Munich?

Yes, you can. But it’s also not likely to be highly profitable because Borussia Dortmund is a 2/5 favorite with Schalke and Bayer Leverkusen at 7/1 and 8/1 odds, respectively.

These title odds aren’t looking particularly juicy. How about the “Top Goal Scorer”?

Fortunately, Bayern doesn’t rely on just one goal scorer on their team. They distribute the goals evenly, which makes it difficult for one of its players to run away with the Golden Boot. That’s where guys like Ciro Immobile (6/1), Stefan Kiessling (8/1), and Klass Jan Huntellar (10/1) come into the picture.  Kiessling and Huntellar have each won the Golden Boot in the Bundesliga and they both have nice odds to do it again. You can even make a case for Reus at 12/1 odds or Leverkusen’s Josip Drmic at 20/1 odds.

Is the relegation battle going to be more interesting than the title chase?

Sadly, yes. SC Paderborn 07 and FC Koln’s promotion to the Bundesliga means that they’re the favorites to be sent back to Bundesliga 2. Paderborn’s actually the favorite here at 3/5 odds, followed by Freiburg at 3/1, and then Koln at 7/2. Here’s where it gets really interesting. Half of the 18 teams in the Bundesliga are 5/1 odds or lower to get relegated at the end of the season. It’s like a bizarro form of parity, if you want to see it that way.

You bet, no pun intended. Paderborn is the favorite at 8/5 odds. Next one on that list is Freiburg at 11/2, followed by Koln and Hertha Berlin at 9/1 apiece. Then there are Eintracht Frankfurt, Hannover, and Werder Bremen at 12/1 odds each. Augsburg’s at 13/1 odds, too. There are eight teams with a lot of value.