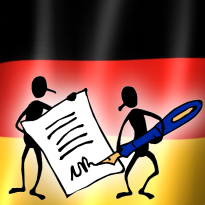 IMA, Germany’s international trade fair for amusement and vending machines, has cancelled its 2013 event, originally scheduled for Jan. 18-21 in Düsseldorf. Organizers blamed the cancellation on the uncertain political climate for the gaming and amusement industry at both the federal and state levels. The federal Ministry of Trade and Commerce is planning to revise laws regulating game stakes and prizes, machine permits and other aspects of the amusement-with-prizes industry, while individual states have introduced laws capping prize amounts, restricting arcade hours of operation and banning advertising. Vending Times quoted German amusement and vending industry association VDAI as predicting catastrophic financial hardship for its members as a result of these changes, which VDAI claims the states are pushing to benefit local gambling monopolies.

Online gambling operators are expressing similar concern over German states’ online betting laws, at least, the 15 federal states that aren’t Schleswig-Holstein. In December, the 15 states signed on to their vision of a new interstate gambling treaty that would (partially) end the longstanding prohibition of online gambling. Only online sports betting would be allowed – no casino, no poker – with a 5% tax on turnover and the number of licenses capped at 20. The European Commission decided this was incompatible with EU law and gave the states two years in which to come up with a suitable replacement.

But since Germany is about the only EU member state that’s sufficiently solvent to keep cutting bailout checks to Greece, Spain and (soon) Italy, the states don’t appear to give a toss what the EC thinks. On Thursday, two more state parliaments ratified the gambling treaty, pushing the number of states to have done so to 14, one more than required for the treaty to take effect July 1. Ominously, the newly elected head of Schleswig-Holstein, Torsten Albig, told the other state premiers on Thursday that he intends to add his own signature to the treaty. While there will likely be years of costly legal squabbling ahead, the once-prized online gambling licenses recently issued to Betfair, Bwin.party, JAXX SE and a few other operators by Schleswig-Holstein’s previous administration may one day find themselves as valuable as Enron stock certificates.