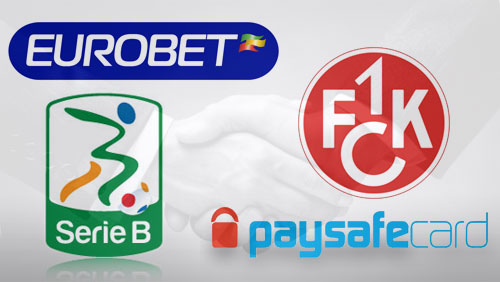 The Italian Serie B is in danger of losing title sponsor Eurobet after reports surfaced that the online betting operator was unlikely to renew its deal with the second division in the Italian football league system.

A report from Tuttomercatoweb said that changes made within Eurobet’s management have shifted the interest in sponsoring a league many now feel doesn’t have the same financial strength it once had. The league is already rife with teams struggling to make ends meet. Just last month, AC Siena announced its bankruptcy a year removed from being relegated into Serie B, ending a proud 110-year history for the once-famous club.

If Eurobet leaves Serie B, the league stands to lose around €2 million of sponsorship money. That’s money that Serie B can’t lose given its current economic state. Other sponsors like Dacia and NGM are also tinkering on canceling their own sponsorship deals with Serie B.

Eurobet’s potential exit makes it the second online betting operator to drop ties with the league. Before it came into the picture as the title sponsor last season, Serie B was sponsored by Bwin.

On a more positive football sponsorship news, German outfit Kaiserslautern has inked its own sponsorship deal with online payment processor paysafecard. The deal makes paysafecard the official shirt sponsor of the Bundesliga 2 squad while also allowing the payment processor to promote its brand inside Fritz-Walter Stadium, as well as engage in marketing-relevant actives related to TV coverage broadcasts.

“Internationally, paysafecard focuses its sponsoring efforts on football—aspects such as high quality, sustainability team spirit, and the will to do one’s best is what connects paysafecard and Kaiserslautern, paysafecard CEO Udo Müller said in a statement. “We are proud to sponsor such a traditional club and look forward to accompanying the Red Devils in the upcoming season.”

The one-year deal between squad and sponsor comes with an option for an extension.