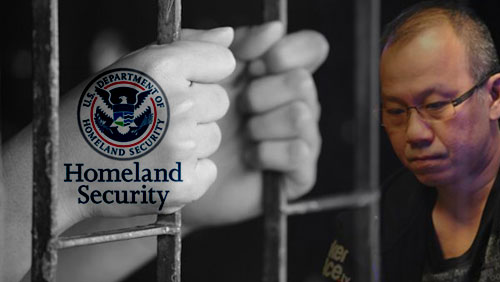 Professional poker player Paul Phua and his son Darren Phua remain in detention despite having posted the $2.5 million bail ordered by U.S. Magistrate Judge Bill Hoffman for their release.

Paul Phua and his son, Darren Phua, were arrested for allegedly participating in an illegal betting operation that took in massive amount of bets during the 2014 World Cup in Brazil.

Officials from the US Immigration and Customs Enforcement (ICE) took custody of the Phuas as soon as their bail was posted, drawing the ire of their lawyers, David Chesnoff and Richard Shonfeld.

“Our clients have complied with every condition set by a federal judge for their release,” Chesnoff said, as quoted by the Las Vegas Review-Journal. “We have repeatedly attempted to contact ICE authorities, who have not responded. We are going to take further legal steps.”

The Phuas were initially ordered on home detention with GPS monitoring after poker pros Phil Ivey and Andrew Robl anted up to shoulder the $2.5 million bail. Bail was set at $2 million for Paul Phua and the bond for his son was set at $500K. Ivey put up $1 million and Robl covered the remaining $1.5 million and swore in an affidavit that he’s been friends with Phua for the past four years.

Just when it seemed like the Phuas would get out on bail, the US Department of Homeland Security swooped in as ICE agents took custody of the Malaysian nationals for possible deportation. According to the Journal, both Paul and Darren Phua are listed in ICE custody at the Henderson Detention Center.

Chesnoff and Schonfeld plan to challenge the ICE detention, calling the arrest a breach of power by the executive branch in its blatant disregard of a judicial branch order.

Meanwhile, Tom Dwan, another poker pro, voiced his support towards the Phuas, signing his own sworn affidavit questioning the arrest tactics employed by FBI agents when they arrested the Phuas at Caesars Palace in Las Vegas. Dwan was with the Phuas when the arrests happened.