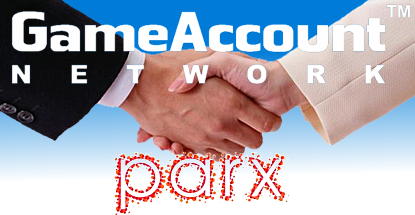 Online gambling platform provider GameAccount Network (GAN) has inked a free-play online casino deal with the Parx Casino in Pennsylvania. GAN plans to launch a “Simulated Gaming™ online experience” for the state’s market-leading casino, whose owner Greenwood Gaming and Entertainment stated that the online product could launch before the year’s end.

GAN touted the deal as a way to position Parx for the introduction of real-money gambling, if/when the state gets around to passing the necessary legislation. Pennsylvania is tipped as one of the leading contenders to join Nevada, New Jersey and Delaware in the American real-money online gambling pool, but most observers believe that day is still a year or two away. GAN is already supplying its technology to the Trump Plaza/Betfair real-money pairing in New Jersey, although its future is currently up in the air as the Plaza prepares to close its doors forever in September.

The Parx deal follows a similar pact GAN made with the Foxwoods Casino in Connecticut last April. The FoxPlay site launched this February, but the Parx announcement makes zero reference to this partnership, outside of saying that 2014 had witnessed the launch of GAN’s Simulated Gaming in the US. On Tuesday, eGaming Review’s North American site reported that GAN and Foxwoods had ended their B2B partnership. The Foxwoods free-play site is currently still active but the casino is reportedly on the hunt to find a new technology provider ASAP.

Parx strikes a decidedly different tone than Sands on the issue of online gambling. At a hearing convened by state Democrats in May, Parx chairman Bob Green called online gambling the next logical step in the state’s gaming evolution while Sands execs believe it’s the next logical step on the road to hell. Parx is also seeking to bring mobile wagering to the casino floor, similar to what’s already available in many Las Vegas and Atlantic City casinos.