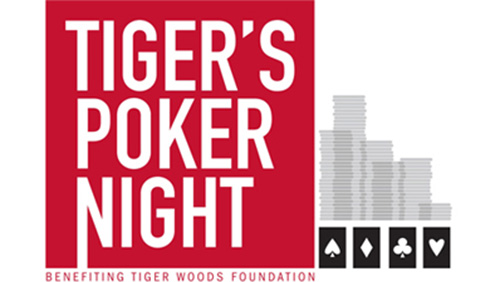 Tiger Woods and the World Poker Tour (WPT) host Tiger’s Poker Night, at the Moorea Beach Club Beachside Casino at Mandalay Bay in Las Vegas, and the stars come out to do their bit for charity.

Tiger’s Poker Night is a once a year opportunity for celebrities to have some fun with the most decorated golfer in the history of the game and also do their bit for a charitable cause.

Tiger and his father Earl created the Tiger Woods Foundation (TWF), back in 1996, in an attempt to provide education to under privileged young people from around the world, and out of that idea the Tiger Jam was born.

The Tiger Jam has raised more than $14m for the TWF since its inception back in 1998 and this year the three part jam consisted of a poker night, golf outing and One Republic rock concert.

Some of the biggest names in the world of television, sport, and poker turned out in support of Tiger’s Poker Night, with the Dallas Mavericks owner Mark Cuban, The Bachelor host Chris Harrison, The Big Bang Theory star Kunal Nayyar, and the man himself Tiger Woods, joining the likes of Doyle Brunson, Daniel Negreanu, Antonio Esfandiari, Mike Sexton, and Phil Hellmuth in the $10,000, 50-player cap, exclusive event.

The eventual winner of the event was the South African amateur Kinesh Pather, who is a regular at the WPT Main Event, when it drops into Joberg each year, and also finished as runner-up to Daniel ‘Jungleman’ Cates at the recent WPT Johannesburg Alpha8 $100,000 buy-in event.

Pather had to overcome a final table that included the likes of Daniel Negreanu and Antonio Esfandiari. Apparently, Woods did slightly better than last year, but failed to make the cut.

One player who was inconspicuous by his absence was Phil Ivey; prompting people to wonder if there was a Batman/Bruce Wayne thing going on?