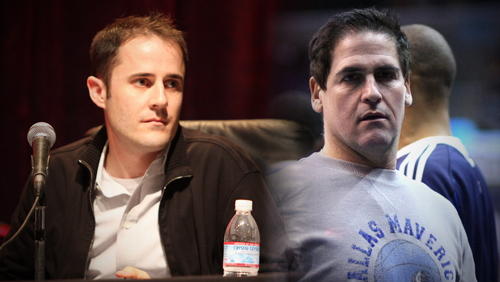 Do you have an idea that will revolutionize the online gambling industry? Are you struggling to get your product or idea seen by the people who matter? Do you think you’re the next Mark Cuban or Evan Williams? If so, we want to hear about it.

At CalvinAyre.com, we want to profile the up and coming innovators in the online gambling industry.  If you think your company has the next big thing, contact us and we’ll consider your company for a video profile feature. Help us share your idea with the gambling world.

Everyone knows Mark Cuban as the lovable owner of the Dallas Mavericks. He earned most of his fortune through the sale of Broadcast.com to Yahoo! for close to $6b in Yahoo! stock. While the Broadcast.com deal made Cuban wealthy, he wouldn’t have been able to develop Broadcast.com had he not created and sold his first tech business MicroSolutions for $6m. Cuban took that money and rolled it into a company with friend and fellow Hoosier Todd Wagner. That company, AudioNet, eventually grew into Broadcast.com.

In business, it’s not always your first idea or innovation that makes you a household name. Often, you need to grow an idea to the point where someone else can take the ball and run with it.  If you’re willing to give up your first idea with potential, your potential windfall could enable you to develop the next Twitter.

Evan Williams has become a serial entrepreneur and his innovations were fundamental in changing how we all communicate on the Internet. Williams’s first project was with Pyra labs, which developed project management software; one segment of the software was spun off as Blogger. Williams developed the software and coined the terms blogger and blogs but he sold his baby to Google and moved on to his next ideas.

Williams subsequently created podcasting company Odeo and sold it a good 6 years before podcasting would crack through to the mainstream. But with the bankroll built from selling Blogger and Odeo, he was able to team with Biz Stone and Jack Dorsey to form Obvious Corp., which developed the microblogging site Twitter.

Williams is already on to his next project but there’s something to be learned from his “innovate, sell, repeat” attitude. Are you the Evan Williams of the online gambling industry? If this sounds like you or someone you know, please contact us and we’ll put your company and your ideas front and center on CalvinAyre.com.

Fantasy Sports Could Suffer the Same Fate as Poker
Bill Beatty
14 May 2015
.