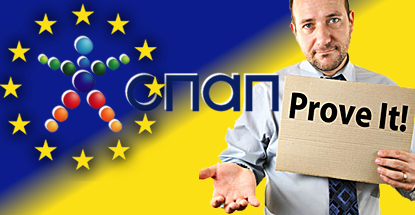 The online betting monopoly held by former Greek state asset OPAP appears to be in jeopardy over anti-competitive concerns at the European Commission (EC). In 2011, the Greek government issued temporary online gambling licenses to two dozen firms, only to revoke those licenses a year later after deciding to extend OPAP’s online monopoly on sports betting and random number generated games until 2020. The European Court of Justice (ECJ) declared OPAP’s monopoly illegal, prompting Greece to submit a revised plan, on which the ECJ has yet to pass judgment.

This week, Greek media outlet Ekathimerini reported that Finance Minister Yannis Stournaras was the unfortunate piggy in the middle between the government’s desire to uphold OPAP’s monopoly and the EC’s desire to rid the continent of blatant protectionism. The government is pressing Stournaras to give Parliament the legislation okaying OPAP’s continued online fiefdom while the EC is telling Stournaras that he first needs to provide documentary evidence of just how much OPAP paid for the rights to this online monopoly and when exactly this phantom transaction took place.

The issue is sensitive for a whole host of reasons. For one, Greece wouldn’t be a functioning state without the €240b financial bailout it received from the European Union and the International Monetary Fund in 2010. Second, the extension of OPAP’s monopoly was instrumental in helping the Greek government sell its one-third stake in OPAP to the Emma Delta consortium for €652m last May (funds that were used to help repay the EU/IMF debt). What’s more, the ECJ has already slammed Greece for providing illegal state aid to state-owned land-based casinos by allowing them to charge one-third the entry fees required by privately run gaming joints.

Meanwhile, unidentified members of the Remote Gambling Association – believed to be Betfair and William Hill – have filed lawsuits accusing Greece of willfully ignoring their online gambling license applications in order to ensure the government’s OPAP sell-off went off without a hitch. OPAP is currently in the process of implementing its new GTECH-powered online sportsbook, which the company hopes to have ready to go in time for the FIFA World Cup kickoff in June.