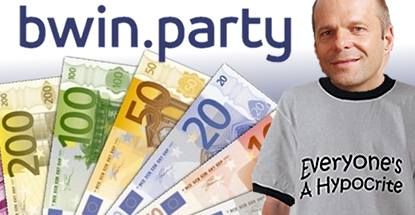 A French court has recommended two top executives at Bwin.party digital entertainment each pay a €40k fine to resolve their 2006 arrests for illegally accepting wagers from French punters. On April 3, the 12th Chamber Correction Court in Nanterre suggested Bwin.party CEO Norbert Teufelberger and director Manfred Bodner each ante up €40k to cover Bwin’s illicit dealings in France between 2003 and 2005. The original complaint, which was brought by domestic gambling concerns Française des Jeux (FDJ) and Pari-Mutuel Urbain (PMU), resulted in the two men spending three days in a French jail before posting €300k bail.

Teufelberger and Bodner have long maintained their innocence and Bwin.party presently operates licensed gambling sites in France’s new regulated market. Both FDJ and PMU ultimately withdrew their complaints but the authorities have continued to press the issue, apparently irked by the execs’ continued insistence that they understood French law better than the French.

A similar stance in Belgium resulted in Teufelberger being detained by authorities in November 2012. Up to that point, Teufelberger had insisted that Bwin.party didn’t require a Belgian license to serve Belgian punters, despite the country’s gaming regulator referring to Bwin.party as the “most aggressive illegal operator.” Following Teufelberger’s detention, Bwin.party applied for and was granted an official Belgian operating license after partnering with the local land-based subsidiary of Groupe Partouche.

The €40k fines aren’t likely to seriously impact either Teufelberger’s or Bodner’s lifestyle, as the pair just cashed their controversial new bonuses for £1.75m and £560k respectively. But they do underscore the selective vision the industry’s most-arrested executive employs when judging which online gambling cowboys are wearing the black hats.

During last month’s earnings call to discuss the company’s dismal 2013 results, Teufelberger lamented the fact that some internationally licensed operators continued to offer services to customers in US states that have recently launched regulated intrastate online gambling markets. Teufelberger complained about “how high the criminal energy can be” among these operators offering services to New Jersey, where Bwin.party has teamed with the Borgata casino to offer online poker and casino products. Teufelberger expressed confidence that the New Jersey Division of Gaming Enforcement would “shut that down quite efficiently and soon.”

No doubt Teufelberger is equally adamant that Swiss authorities shut down the Bwin.party affiliated sites that the government insists have no legal right to offer services to Swiss gamblers. Or that German authorities should get on with ISP-blocking Bwin.party’s unauthorized German-facing poker and casino sites and thereby eliminate a full quarter of the company’s revenue. No? Seems when the finger of scorn is pointed in Teufelberger’s direction, “criminal energy” simply refers to the cans of Red Bull in the Bwin.party lunchroom soda machine.