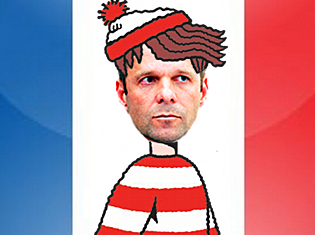 Bwin.party CEO Norbert Teufelberger was a no-show at his court hearing in Nanterre, France on Thursday. Teufelberger and fellow Bwin exec Manfred Bodner were supposed to present themselves to answer to charges stemming from their 2006 arrest in La Turbie, after French authorities objected to Bwin accepting wagers from French punters without the necessary licenses.

At the time, Teufelberger insisted that the local duopoly then held by domestic firms Française des Jeux (FDJ) and Pari-Mutuel Urbain (PMU) was unfair and thus Bwin had no obligation to respect French law (not unlike Bwin.party’s current stance re its top market Germany). That opinion stood in stark contrast to Teufelberger’s view four years later on PokerStars‘ right to serve the US market, when the amateur attorney declared that Stars “say they’re not operating illegally but I think they are. Let’s see who is right.”

French media sources described Magali Tabareau, the president of Nanterre’s 12th Chamber Correction Court, as “irritated” by the defendants’ absence. Tabareau said the court had “questions to ask” that weren’t asked during the original investigation of Bwin’s illegal activities. Tabareau set a new court date for April 3, 2014, almost three years to the day that Bwin merged with PartyGaming, during which time the stock has shed nearly half (45%) of its value.

AMERICA’S TOP POKER BRAND? NOT SO FAST…
Bwin.party is looking to a US regulated online gambling market to pull its financial feet out of the fire, so it’s likely that Teufelberger skipped his court date to hang out stateside. With just two months to go until the scheduled launch of New Jersey’s online gambling market, Bwin.party’s director of corporate communications John Shepherd is fanning the media flames, telling the Press of Atlantic City that Bwin.party is aiming “to be there on Day 1.”

Bwin.party has a three-way joint venture with US casino firms Boyd Gaming and MGM Resorts, each of which owns a 50% share of Atlantic City’s market-leading Borgata casino. Joe Lupo, the Borgata’s senior VP of operations, said Bwin.party would power two sites for the casino – BorgataPoker.com and BorgataCasino.com – in addition to Bwin.party’s own site njpartypoker.com. While Lupo suggested the Borgata “couldn’t be happier” with its Bwin.party tie-up, he undermined his cause by referring to Bwin.party as “Europe’s premier internet provider for online poker,” a statement easily refuted by a brief glance at any of Bwin.party’s quarterly reports over the past year.

Former Bwin.party co-CEO Jim Ryan used to claim that, following the post-Black Friday US market exits of PokerStars, Absolute Poker and Ultimate Bet, PartyPoker was the top poker brand in the minds of Americans. But the Press of Atlantic City’s Donald Wittkowski apparently didn’t get that memo, as his piece insisted that “the Gibraltar-based Bwin.party is best known for its pokerparty.com brand.” Wittkowski even helpfully embedded a link to Pokerparty.com, which not surprisingly, returns a ‘could not find’ error notice. D’oh.