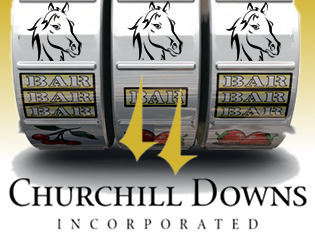 Kentucky-based racetrack and casino operator Churchill Downs Inc. (CDI) set new records for revenue and earnings in 2013, a year in which the casino vertical outstripped racing for the first time in company history. Revenue was up 7% to $779.3m in 2013, but gaming revenue rose 33% to $297m while racing revenue fell 9% to $274m. Earnings rose 11% to $176.2m, leading CDI chairman/CEO Robert L. Evans to say it had been a good year, “but we had planned to do even better.” Evans cited a soft economy, state-specific regulatory changes and one-time expenses for cutting into earnings, particularly in Q4.

Those one-time Q4 expenses included a $2.5m account receivable stemming from CDI’s aborted pursuit of a New Jersey online gambling license. Earlier this month, CDI sued casino exec Nicholas Ribis over his allegedly misleading claims to be close to acquiring Atlantic City’s Showboat casino property, for which CDI expected to act as the exclusive online vendor. CDI also took a $2.4m hit from expenses related to the December opening of its Miami Valley Gaming & Racing joint venture with Delaware North Cos. in Ohio.

Expenses aside, CDI’s Q4 revenue rose 3.1% to $162.4m while earnings slipped $900k to $19.3m. Gaming revenue rose 25% to $15.8m thanks to contributions from CDI’s Riverwalk (Mississippi) and Oxford (Maine) casino acquisitions. Racing revenue fell 21% to $38.4m due to the reduction of hosting revenues and 22% fewer live races at Calder Race Course in Florida.

Revenue from CDI’s online operations, including the TwinSpires advance deposit wagering (ADW) site, slipped 0.3% to $40.6m in Q4. The company ceased taking horseracing wagers from Texas bettors in September after losing a court challenge, which CDI is appealing. Despite reduced revenue, TwinSpires’ handle was up 3.7% and online earnings rose 15% to $1.4m thanks in part to increased activity at CDI’s Isle of Man-based high-roller focused Velocity Wagering Services.

For the year as a whole, CDI’s online revenue was up 1% to $184.5m and online earnings rose 10% to $4.5m. It helped that TwinSpires resumed taking wagers from Illinois residents in June after state politicians finally got around to renewing the ADW legislation they’d let expire in January 2013. Smoothing out the effects of the Texas and Illinois hiccups, TwinSpires’ handle rose 6.2% in 2013 while the overall industry handle was flat (according to Equibase.com).

CDI’s CFO Bill Mudd told analysts that the company was contemplating shutting down its Luckity.com operation, which launched in 2012 as a marriage of pari-mutuel wagering, bingo and slot machines. Mudd said CDI would know by the start of Q2 “if we want to continue to invest in this product.”