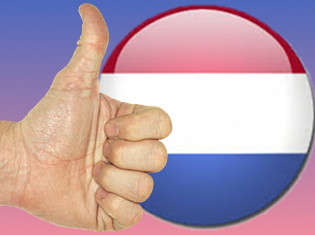 At long last, politicians in the Netherlands have made progress in advancing the country’s online gambling legislation. The Council of Ministers, made up of the government’s cabinet members, approved the gambling legislation on Friday, meaning the bill can now be formally introduced to the nation’s parliament. The Council of State will then pop the bill’s hood and give it a proper review before a final vote is taken. The legislation is expected to pass this year but, given that the technical regulations have yet to be finalized, the Jan. 1, 2015 target date for the regulated market’s official launch may be pushed back to mid-2015.

Companies are already positioning themselves for Dutch market liberalization, as evidenced by Betsson’s €130m purchase last week of the Dutch-facing Oranje and Kroon online casinos. Following the purchase, Betsson CEO Magnus Silfverberg told eGaming Review his company would be “market leader, or at least top two” once liberalization gets underway. (Henrik Tjärnström, CEO of Nordic rival Unibet, said he wouldn’t be “losing any sleep” over Silfverberg’s forecasts.)

Silfverberg suggested the “under penetrated” Dutch market had “huge potential for growth” but companies will need to invest heavily in marketing, part of the reason Betsson decided to acquire the already familiar Oranje and Kroon brands. Silfverberg also said Betsson will likely bolster the casino-only brands via the addition of poker and sports betting options.

Just because the Dutch are making progress on lowering their online gambling drawbridge doesn’t mean they’ve given up pouring buckets of boiling oil on operators they deem to be attacking their castle ahead of schedule. Dutch gaming regulator Kansspelautoriteit (KSA) recently fined ONISAC Ltd. and Mansion Online Casino Ltd. a combined €150k because their Casino.com operation offered a Dutch language option and facilitated payments through Dutch e-commerce system iDeal. The fines were issued in November but the companies had sought and won a temporary injunction, which was lifted on Feb. 4, although the companies have the right to appeal the decision.

Curacao-based Global Stars was hit with a €100k fine in September over similar activities but Dutch regulators helpfully set out guidelines this week for how to avoid getting fined in future. Basically, don’t use a dot-nl domain, the Dutch language or place ads in Dutch media (print, radio or TV), but the regulators reserved the right to fine anyone they determined to have devised ingenious workarounds for any of the above restrictions.