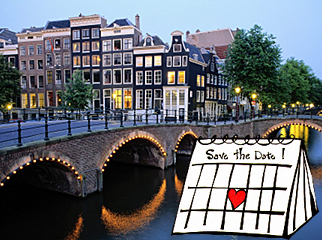 The Netherlands has published draft legislation for online gambling that envisions a liberalized market launch date of Jan. 1, 2015. The Netherlands Gaming Authority (NGA) solicited operator input in January and will now allow a further 60 days for stakeholders to study the draft and make comments before the bill is formally sent to parliament. The bill also calls for the privatization of land-based monopoly operator Holland Casino – which just announced a loss of €652k last year – and an end to the country’s sports betting monopoly.

The Dutch Remote Gambling Act calls for a 20% tax on operators’ gross profit, an improvement over the 29% rate imposed on land-based operators. State Secretary of Justice Fred Teeven issued a statement saying the tax rate reflected the knowledge that some neighboring countries had adopted higher taxation rates which had made licensed companies’ offering non-competitive with unlicensed sites. To further discourage the use of unlicensed operators, Dutch players’ winnings from these sites will be taxed at 29%.

A further 1.5% of gross gaming revenue will be required to fund problem gambling programs, charities and the gaming regulator’s overhead. License applications will cost between €35k and €50k and successful applicants will have to establish a subsidiary business in the Netherlands as well as pass an audit within a year of receiving their license. Licenses would be valid for a five-year term and operators will be allowed to offer a full range of products (sports betting, poker, casino). The draft bill will likely be a hot topic at the upcoming Gaming In Holland Conference, which gets underway June 11 in Amsterdam as part of the iGaming Super Show.