Home / Sports / The growth of prop betting during the Super Bowl 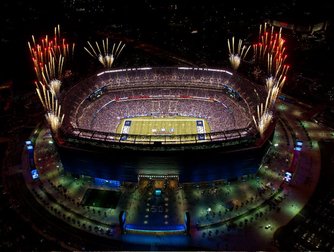 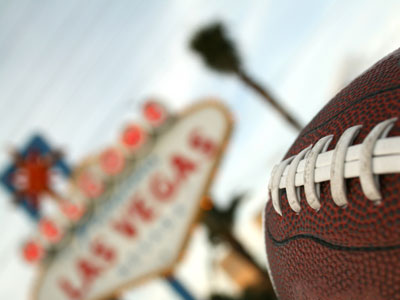 Super Bowl XLVIII is less than two weeks away, which means while the rest of the country preoccupy themselves with what companies are going to roll out ads during the game, bettors are fearing up for an entirely different reason: prop bets!

That’s just how things go these days for a sizable percentage of Americans during the Super Bowl. Watching the game isn’t complete without sweating over the total yards Marshawn Lynch gets or how many touchdowns Peyton Manning throws.

Prop bets have become as important to enjoying the game than watching the halftime performance. Incidentally, even those performances have prop bets of their own, something we should all play close attention to when trying to determine what color or kind of hat Bruno Mars wears in New Jersey on February 2. Maybe a bonnet?

It’s been said that 60 percent of the handle being taken during the Super Bowl are prop bets. That’s not an exaggeration; just a glowing reminder how watching the Super Bowl has become less about the sporting aspect of it and more about the gambling side attached to it.

This year, the Denver Broncos and the Seattle Seahawks are set to meet in Super Bowl XLVIII and as early as now, you already have an idea on what kind of props are going to be floating around in the days leading up to the game. Judging from recent events, could there be an over/under on how many “Omahas” Peyton Manning shouts in the line of scrimmage? Or how many times Richard Sherman proclaims himself as the best cornerback at a decibel level north of 10.

This is a large reason why prop bets have become so popular during the Super Bowl. It’s not the typical game lines and over/under bets, which by themselves generate enough handle on their own. It’s about enjoying the little moments that make the game itself more entertaining to watch.

Remember last year, when there was a prop on how long the post-game handshake was going to be between the Harbaugh brothers? Normally, scenarios like that get little, if any, attention. But since it was a live prop, you had people scrambling to get their phones to actually clock the handshake and the pleasantries both brothers whispered in each other’s ear.

All hail to the prop bets!

Bookmakers likewise consider prop bets as an important part of Super Bowl betting, in large part because it can help them make a profit or at the very least, offset any losses they incur from the game’s results.

“It’s why the props were invented,” MGM Mirage sports book director Jay Rood told Bloomberg. “If the game doesn’t go our way, at least we have an out on the props to maybe recoup losses if we get crushed with one-way action on the game.”

Conventional props, like who scores the first touchdown or who wins the coin toss are usually released earlier while the wonky ones (temperature of the game during kick-off?) are expected to be released closer to the game, possibly with only a few days left before kick-off.

Either way, expect a ton of action on these prop bets. That’s already a given. The question is what kind of props are you more inclined to put your money on. Will Peyton Manning throw a touchdown longer than his actual age of 37 sounds like a good one. But with the weather the way it’s expected to be, an under seems like a more plausible scenario.

Such is the way most bettors will be thinking when they place their prop bets for the Super Bowl. And for our money, this year is expected to have a lot of interesting ones. And that’s putting it lightly.