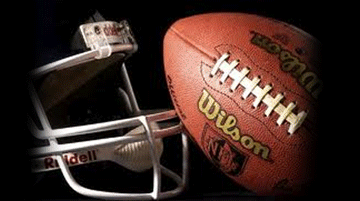 The Super Bowl is the one time in a year where, among other things, gambling takes a front seat to all the festivities. Sure, there are concerts, the million-dollar commercials, and even the game itself. But ask anybody who has any interest in the game – and even those with passing interests – and they’ll tell you that a big part of what makes the Super Bowl so interesting is the ability to wager on just about anything that relates to the game. Sometimes, you don’t even have to look at the game itself to enjoy putting a little penny or two on some mild-mannered wagering.

This is where the beauty of prop bets come into the picture, particularly in a stage as big as the Super Bowl. As our very own Jamie Hinks talked about recently, sports books have become very creative in the kind of prop bets they offer in the Super Bowl. So with the Super Bowl less than a week away, we dive in and take a look at some of the newer prop bets to come out of the enterprising minds of the sportsbooks.

Last year, one long shot prop bet proved to be a golden ticket for 28-year old Jona Rechnitz who unbelievably cashed in on 50/1 odds that the first score of Super Bowl XLVI would be a safety. At that time, Rechnitz placed a $1,000 bet on a prop bet that had never happened before, and in so doing, he became the laughing stock of his buddies. That was until Tom Brady inexplicably gave up a safety on the Patriots’ first drive, thus turning Rechnitz betting slip into a winning lottery ticket. Needless to say, Rechnitz ended up with the last laugh, so much so that sportsbooks have dramatically cut the odds for the same thing to happen to just 8/1. It won’t pay out as much as it did last year, and to be honest, what’re the odds that something like this would happen again, let alone twice in a row?

This year, the NFL (ass)tapped no less than Beyonce to provide the halftime entertainment for the Super Bowl. As always, prop bets on halftime performances have risen in popularity since the now infamous Timberlake-Jackson “BoobGate”. It’s no different with Beyonce this year and as sifted through all the props related to Mrs. Jay-Z, this one from BetOnline had us pretty intrigued: will Beyonce show any cleavage during her Super Bowl halftime performance? The safe bet would be to pick “yes” because, well, Beyonce’s a pretty well-endowed lady who has historically been unafraid to let her puppies get in a li’l bit of air. But at just 1/5 odds for “yes”, you’re not exactly getting a worthwhile price to lay some wood on. On the flip side, the “no” has been priced at 3/1 odds, which, looks pretty enticing especially if you’re holding on to the belief that the NFL is promoting the Super Bowl as a family-oriented show.

The singing of the national anthem is also one of the most popular prop bets in the Super Bowl. Heck, it’s been one of the most controversial, too. Remember when Christina Aguilera infamously botched the National Anthem during Superbowl XLV that ended up becoming a nightmare for sportsbooks after her flub towed the over-under on the length of the national anthem? This year, Alicia Keys will be front and center, and Bovada has taken a conservative approach, posting 2 minutes 10 seconds as the length of time it’ll take for her to finish her rendition. Historically, it doesn’t take that long to finish singing the National Anthem, even as Keys told MTV.com that she’d sing the anthem “my style, my way”. The under bet, currently priced at 5/7, looks pretty good right now.

Cross sport match-ups have also risen in popularity over the past few Super Bowls. This year, you’ll have a pupu platter of choices on the table, including LeBron James’ point total against the Toronto Raptors on February 3 versus the 49ers’ total points scored during the game; the total goals Manchester City scores against Arsenal against the number of receptions Randy Moss has during the game, and the best one in our opinion, the number of shots Sidney Crosby has on goal against the Washington Capitals agains the number of receptions Torey Smith has during the game. Whatever kind of zany combination you opt to put some money on, trust us that these cross sport match-ups are always fun to root for.

And of course, the one that will actually have bearing to the outcome of the game: who’s going to win the Super Bowl MVP award?

The list of choices offer a ton of long shots but as history has shown, this award could be a quarterback duel between Colin Kaepernick (8/5 odds) and Joe Flacco (11/4 odds). If you’re feeling like this game becomes a knockdown, drag out type of game that plays into the hands of both teams, a number of players, be it tailbacks, receivers, or defensive players offer some pretty generous – and might we add, live – odds to win the MVP award. San Francisco 49ers tailback Frank Gore and Baltimore Ravens linebacker Ray Lewis are the next two favorites at 7/1 while Ravens tailback Ray Rice has been priced at 12/1 odds, a number that seems insanely high for somebody that’s expected to have a huge impact on the game. If you think a receiver/tight end gets the award, the best odds you can get are for Niners tight end Vernon Davis at 18/1 odds and Ravens deep threat Torey Smith at 20/1 odds.

In essence, these prop bets have taken a life of their own as one of the most heavily bet on lines in the Super Bowl. Rest assured, expect Las Vegas and all the sports books to receive a huge handle on prop bets this year. And who knows, maybe you can pull off what Jona Rechnitz did last year. But in doing so, you might have to hitch your wagon on Niners kicker David Akers to win the MVP at 66/1 odds.