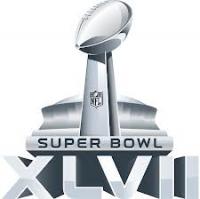 It might be over a week until the Super Bowl actually takes place but the online sportsbooks have (luckily) already whipped themselves into frenzy over how many prop bets they can offer on the game. Amongst the various bets that you can place on individual players and scores there are a number of novelty bets on the game. These are getting better as the years go by and we’ve decided to pick out our favorite five you can make on this year’s game between the San Francisco 49ers and Baltimore Ravens in New Orleans.

This one’s a no-brainer if the Ravens win the game and he’s named MVP. You can be sure Ray will mention God or the Lord more than anyone in the history of the big game and that means that taking ‘Over 3’ will be a great move. This one left us asking one other thing: will Lewis dress up like Jesus and quote from the bible in celebration?

Lewis retiring is ultimately the sideshow at this year’s game because of the Harbaugh’s, and boy don’t those bookies love the fact that two brothers are contesting the game.

How many times will the game be referred to as the Harbaugh Bowl or Har Bowl or Super Baugh during the game? (Over/Under 2.5)

We still aren’t sure what we’re supposed to be calling the NFL Championship this year and thankfully we’re given three options in the prop betting market. Everyone but Jack and Jackie Harbaugh will be rooting for one side of this duo and it brings us to another thing: why have they got an obsession with J? And the next problem: what do the books do if the commentary team start calling it the The John Jim Jamboree? Then we’re all f*cked.

Ya know, because it’s a family affair we can expect a whole lot of huggin’ it out when one of them wins. How long does a good hug last for though? 7.5 seconds sounds like a hell of a long time. We’d go with the under. Unless they indulge in a handshake/hug combo, then the 7.5 seconds looks quite generous.

Will any Baltimore or San Francisco player on active roster be arrested before Super Bowl XLVII (Only offering ‘Yes’ at 6.00).

This one’s a fairly unlikely one…unless Bernard Pollard sees a New England Patriot that he hasn’t yet injured in a bar the night before the game. Then it’ll be on!

Will Alicia Keys be booed during or after her rendition of the US National Anthem? (Only offering ‘Yes’ at 6.00).

This was another odd one in that the likelihood of a you hearing anyone booing is extremely low. Then you put this together with the point that no one really has much reason to boo Alicia Keys and she’s particularly inoffensive.

Thanks to Bovada for all odds