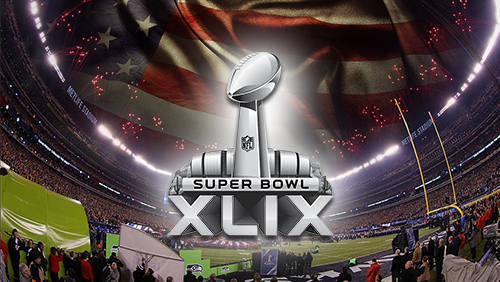 So what have I been betting on the past four Super Bowls? Prop bets, baby!

Yep! It’s that time of the year again, ladies and gentlemen. Prop betting has become as important to the Super Bowl as chips and tacos. These types of bets have really taken a life of their own, sometimes generating more interest and publicity than the actual spread for the game.

Remember when an actual prop bet came out with an over/under on the time of the post-game handshake between the two Harbaugh brothers in Super Bowl XLVII? Maybe you’ll also remember the prop bet involving Aaron Rodgers’ “Discount Double-Check” celebration back in Super Bowl XLV.

These are the kinds of bets you can make on the Super Bowl. They range from the meta to the mundane, often times falling somewhere in-between.

This year promises to be no different as the first wave of prop bets have been released. As I have done over the past few years, I’m going to spend several days highlighting some of the most notable prop bets being offered ahead of Super Bowl XLIX. So let’s begin with a pair of props involving two people who aren’t even playing in the game: Idina Menzel and Katy Perry.

If you didn’t know by now, Idina Menzel is scheduled to sing the National Anthem at the game and Katy Perry will be performing the halftime.

lovely women, beginning with the duration of Menzel’s national anthem. Right now, the over/under has been set at 2:02.5, which is a more conservative time compared to last year’s time given to opera star Renee Fleming.

I’m guessing that sportsbooks learned a valuable lesson form that performance because Fleming finished her version of the Star Spangled Banner in 1:53 seconds, well short of the posted time of 2:25. In fact, three of the last four renditions of the national anthem went below two minutes with the only exception being Alicia Keys, who belted her version in 2:35.

So this brings us back to Menzel, who, if you happen to watch baseball, already has a history of singing the national anthem at sporting events. That happened at the 2014 MLB All Star game when she checked in at 1:59 and change, still a little short of the 2:02.5 sportsbooks have released.

Meanwhile, Katy Perry will also figure in a handful of prop bets, but the one that has been getting a lot of attention recently is the outfit she will wear for her first song. The “skirt/dress” combination is the odds-on favorite at 2/3 while the admittedly unlikely combination of “pants/shorts/other” is a short, no pun intended, underdog at 11/10.

This reminds me of a similar prop bet back in the 2012 London Olympics when UK bookmakers opened betting on the color of the hat Queen Elizabeth II would wear during the opening ceremonies. Blue was the favorite at 5/1, but in the end, it was peach that presumably won out at 9/1.

Sportsbooks are probably thinking that it would be a better idea to steer clear of having too many clothing options for Perry, who is known for dressing up in bizarre get-ups in the past.

Either way, these two props should get significant action leading up to the game, especially from those who really have no interest in watching the game itself but are there to see the anthem, the halftime shows, and all those commercials.

Oh, speaking of the commercials. There are props for those, too. But I’ll save those for Part II.