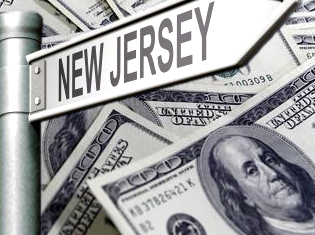 Tuesday saw the New Jersey Division of Gaming Enforcement release its first online gambling revenue report since online operations launched in late November. Total online gambling revenue for the month of December came to $7.388m, with $3.35m of that credited to the Borgata, which is 50/50 owned by Boyd Gaming and MGM Resorts and has teamed with European online operator Bwin.party digital entertainment.

Caesars Interactive NJ ran a distant second to the Borgata, coming in at $2.03m. The Trump Taj Mahal, which has partnered with Ultimate Gaming, was well back in third place with $825k. The Tropicana, which has teamed with Gamesys Ltd., was fourth with $603k. The Trump Plaza and Betfair combo came in at fifth with $402k while the Golden Nugget, whose online operation only got the regulatory go-ahead midway through December, brought up the rear with $177k.

More than half ($1.727m) of the Borgata’s online revenue in December came via poker, with casino adding $1.62m. Caesars’ poker operations – which include 888 Holdings in addition to WSOP.com – accounted for $1.07m, with casino adding $962k. The Trump Taj Mahal’s online casino vertical earned $737k while poker contributed just $88k. The Tropicana and Golden Nugget are reporting only casino revenue at present, while the Trump Plaza reported a whopping $38 – note there is no ‘k’ attached to that figure – from its poker operations. Together, the Borgata/Caesars combo currently controls 97% of the state’s online poker market.

New Jersey tax revenue from online gambling came to $1.1m for December and $1.25m year-to-date. The state’s initial online revenue tally is below that which most analysts had projected and well below the cheerleading estimates put out by Gov. Chris Christieearly in 2013. But the first month had no shortage of teething problems, including geolocation issues, the obvious distractions of the holiday season and continuing difficulties with banks and credit card companies still unclear as to what online transactions are legal. As of Dec. 31, the DGE said the total number of online gambling accounts amounted to 126,231, which has reportedly risen to over 150k in January. The next official tally will come when the DGE releases its next revenue report on Feb. 12.

Boyd Gaming president Keith Smith noted that a comparison of the company’s land-based and online databases revealed that 60% of its online casino players hadn’t crossed the Borgata’s physical threshold in over a year, while 75% had made fewer than two trips over the past year. Revenue at the Borgata’s brick-and-mortar poker room was up 40% in December over the same month in 2012, which Smith said was evidence that online gambling was a complementary product to the brick-and-mortar game and should put an end to the ‘online gambling cannibalizes brick-and-mortar revenue’ meme.