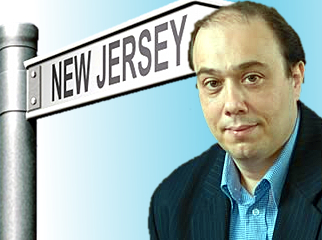 David Rebuck, director of the New Jersey Division of Gaming Enforcement, used his Wednesday appearance at the East Coast Gaming Congress to announce Mario Galea (pictured right) as the state’s official consultant on online gambling regulations. Galea, the president of Random Consulting, was the head of Malta’s Lotteries and Gaming Authority between 2003-2008. Rebuck said Galea will immediately start work on getting the state ready for the proposed November launch of its new online gambling market.

The state has high hopes for its online gambling gambit, although the nonpartisan Office of Legislative Services has questioned Gov. Chris Christie’s projections for the sector’s revenue potential. Christie’s office has said it expects to earn $180m from online gambling through fiscal 2014, but OLS’ David Rosen told state lawmakers this week that the real figure will likely be closer to $30m. Bloomberg quoted Christie questioning whether Rosen had “just lost it or whether he’s playing politics.”

The DGE can hardly be accused of playing politics with its revelation that Atlantic City’s dozen casinos earned a collective gross operating profit of just $41.4m in the first quarter of 2013. That’s a hefty 63% off last year’s Q1 tally, which didn’t include the state’s newest gaming hall, Revel, which opened in April 2012. Total revenue for the quarter was off 10.4% to $919.6m. Among those casinos that posted a Q1 operating loss was the Atlantic Club, which was $5m in the red (and likely would have been a deeper shade of scarlet were it not for the $11m it received via its ill-fated hookup with PokerStars).

Clearly, Atlantic City’s casinos are desperate to reverse their uninterrupted six-year revenue decline. On Wednesday, Rebuck revealed that the state has been “aggressively” pursuing deals with other gaming states to pool their slots jackpots in the same way that state lotteries pool their prizes. Rebuck called his proposal “Powerball for interstate slots play,” with an idea toward generating the same kind of excitement that surrounds that lottery’s mega-prizes, which tend to bring out people who otherwise wouldn’t consider buying a ticket. Rebuck declined to identify the states with which he’d been negotiating.

Not to be outdone, Monmouth Park manager Dennis Drazin says the racetrack will have its sportsbook “up and running for football season,” although bettors will be competing solely for non-cash prizes. Monmouth Park recently inked a prospective real-money sports betting deal with William Hill US that hinges on the federal PASPA sports betting prohibition being overturned. In the meantime, Monmouth hopes to partner with one or more Atlantic City casinos so that fans could place sports wagers at the track to earn prizes such as comped rooms, meals and concert tickets. NorthJersey.com’s John Brennan tips Resorts Atlantic City as Monmouth’s likely dance partner.