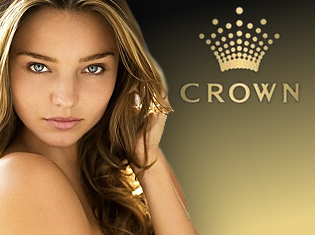 Crown Resorts’ oft-delayed bid for a Sri Lanka casino has been delayed yet again after the country’s investment and promotion minister said the project “might not” receive government approval before year’s end. Crown has teamed with local casino operator Rank Holdings on a proposed $400m resort casino in Sri Lanka’s capital Colombo but the project has been slammed by opposition politicians who claim Crown has been the beneficiary of sweetheart tax concessions.

Last month, Crown boss James Packer traveled to Sri Lanka to make his personal pitch on the benefits his facility would bring to Colombo and Sri Lanka’s government had promised to submit a revised casino tax plan that would assuage the opposition’s concerns. But minister Lakshman Yapa Abeywardena now says the document isn’t ready because the government is preoccupied crafting the country’s budget.

On Tuesday, Abeywardena said the holdup was no cause for concern. “There is no hurry. These are long-term projects and we are aiming to start by 2015-16. You have time.” Rank Holdings’ owner Ravi Wijeratne was similarly unruffled, suggesting the government would likely resume the casino authorization process when the legislature reconvenes in the first week of January. “One month does not make any difference.”

Sri Lanka may not be giving Packer much reason to smile, but Miranda Kerr (pictured) might be filling that void. Rumors surfaced over the weekend that Packer and the Victoria’s Secret model were romantically linked, but other media sources have since attempted to throw cold water on the idea that the pair are anything other than friends. Packer’s six-year marriage to Erica Baxter ended in September, while Kerr split from her husband, actor Orlando Bloom, a month ago. True or not, this site doesn’t get that many opportunities to run photos of people with Kerr’s pulchritudinous quality, so there you are…