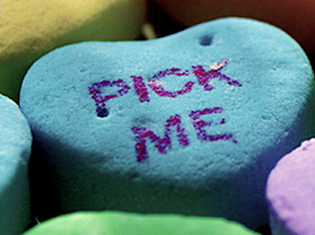 Some of the world’s largest casino firms have offered glimpses of the facilities they hope to build in Japan, should they be lucky enough to win the right to set up gaming tables in the land of the rising sun. On Wednesday, representatives of Las Vegas Sands, MGM Resorts and Wynn Resorts gave presentations at the Union Gaming Development Conference currently underway in Tokyo. Union Gaming has projected the Japanese casino market as capable of generating $10b to $15b in annual revenue, which would make it second only to Macau in global casino bragging rights, so this fight is expected to be fierce.

But first, there’s the minor matter of Japan actually passing the necessary legislation. There is a casino bill floating around the Diet (Japan’s legislature), but the majority parties united under Prime Minister Shinzo Abe reportedly plan to withdraw it and introduce a new bill when the Diet reconvenes in October. Assuming that bill isn’t DOA, a more detailed bill would follow within two years and the first casino isn’t expected to open its doors for five years following that bill’s passage. Nonetheless, Liberal Democratic Party member Takeshi Iwaya, a key member of the cross-party IR Giren behind the casino push, said current conditions represented “the best chance we have ever had for casinos in Japan.”

That said, the coming legislative session is expected to last only two months and there are around 100 pieces of legislation vying for the attention of Japan’s elected representatives. Osaka University of Commerce professor Toru Mihara echoed Iwaya’s view that conditions had never been more favorable, but still put the odds of casino legislation passing in the coming session at “around 40% to 50%.” Iwaya told conference attendees he would endeavor to placate casino opponents by calling for the establishment of a Cabinet-level regulatory body to monitor the casinos for evidence of criminal activity and money laundering.

IF YOU BUILD IT…
Las Vegas Sands has expressed interest in building an integrated resort-casino in either Tokyo or Osaka. George Tanasijevich, president of Singapore’s Marina Bay Sands, said both locations were “ideal settings for what we do.” Tanasijevich offered conference attendees sneak peeks at a couple potential project designs, including one featuring dorsal-fin-shaped hotel towers and another featuring eight separate domes that Tanasijevich dubbed ‘The Spider.’ Tanasijevich, who has visited Japan every month for the past seven years in an effort to lay the groundwork for Sands’ market entry, told the Wall Street Journal that Japan represented an opportunity “too great to ignore.”

MGM Resorts president Bill Hornbuckle wasn’t as forthcoming with the design prototypes, but touted his company’s involvement with prize fights and non-gaming attractions such as Cirque du Soleil as proof that MGM “know how to do entertainment.” Wynn Resorts Development president Gamal Aziz vowed to offer Japan an “iconic building that would last for many generations to come.”

Both Aziz and Hornbuckle said they would seek to team up with a local partner to bid for one of the coveted casino licenses, while Tanasijevich said Sands was “open minded” about a local tie-up. Aziz believes Wynn’s investment in a Japanese project would likely be “way bigger” than the $4b it’s currently spending on its new project on Macau’s Cotai Strip while Hornbuckle would say only that MGM’s project would likely cost “several” billion dollars. Tanasijevich humble-bragged that the wildly profitable Sands would fund its project using existing operating cash.

On Thursday, Caesars Entertainment, Melco Crown Entertainment and NagaCorp will take turns presenting their vision for a Japanese money fountain. Of all the casino firms making presentations, Caesars is the only one not to have an Asian gaming presence, having had its most recent attempt to establish a toehold shot down by South Korea’s government, apparently on concerns that the debt-plagued Caesars might not survive to see the project through to fruition. Suffice it to say, Caesars president of international development Steve Tight will have his work cut out for him in attempting to assuage similar Japanese concerns.