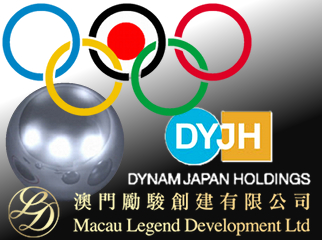 The push to bring casino gambling to Japan’s shores got a big boost on Saturday with the news that Tokyo has been awarded the 2020 Olympic Games. Despite worrying reports of radioactive water leaking from the crippled Fukushima nuclear plant, Tokyo beat out rivals Madrid and Istanbul, which were considered too financially and politically (respectively) unstable.

Japan’s Prime Minister Shinzo Abe assured International Olympic Committee delegates that the Fukushima situation was “under control. It has never done and will never do any damage to Tokyo.” Sure… Until all that radiation leaking into the ocean melts the block of ice in which Godzilla lies slumbering…

Now comes the minor matter of paying for these Olympics. It cost London $13.7b to host the 2012 Games, while the Sochi 2014 Winter Games have already rung up an estimated $6.4b price tag just for building the facilities. In February, a Russian government commission estimated that the Sochi Games’ total cost would soar to $45b once you factor in the associated infrastructure upgrades, including all those gaydar installations around Vladimir Putin‘s stadium box.

But hey, you know what brings in a lot of tax revenue? Casinos. It’s arguable whether Japan would be able to pass the necessary legislation, vet license applicants, approve blueprints and actually finish construction of a couple large-scale integrated resort casinos before 2020. But having the Olympics coincide with the joints’ opening for business would be a nice marketing tool, while adding a couple extra billion dollars to government coffers on an annual basis following the Games’ conclusion will help pay off any cost overruns. And that will help mollify anti-gambling types who fail to see any good coming from more gambling options.

PACHINKO FIRM TO LAUNCH IN MACAU
In the meantime, Japanese gamblers will have to endure several more years of playing pachinko, while pachinko operators hoping to graduate to full-fledged casino operations will continue to have to look abroad for opportunities. Such is the case with Dynam Japan Holdings Co. Ltd., which has announced it will open a pachinko parlor in the Macau Fisherman’s Wharf development in 2014.

Dynam has struck a five-year deal with Fisherman’s Wharf operator Macau Legend Development to install at least 100 pachinko machines on the premises, for which Macau Legend will receive a monthly rental fee and a slice of the revenue. Union Gaming analyst Grant Govertsen told Macau Business Daily that the tie-up “might suggest an interest in gaming in Japan from both firms.” Dynam chairman Yoji Sato has already expressed his desire to be first in line when Japan hands out casino licenses and Govertsen suggested that having a foothold in Macau “could prove helpful” for Dynam’s domestic ambitions.