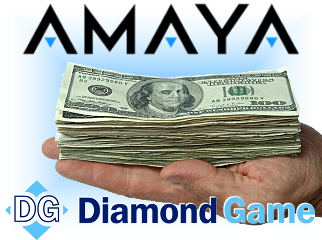 Canada’s Amaya Gaming Group is seeking to raise $40m via a private share placement. Amaya has struck a deal with Canaccord Genuity Corporation and other underwriters to move 6.4m common shares, with Canaccord holding an option to purchase an additional 15% of the shares for a further $6m. Amaya expects to close the deal by July 11 pending approval from the Toronto Stock Exchange’s Venture Exchange but all securities sold via the deal are subject to a four-month hold period.

That Amaya might seek a fresh cash boost is hardly surprising, given the frenetic pace of acquisitions the company has set over the past year or so. In 2012 alone, the company bolstered its scope via the addition of software developers Cryptologic, online poker network Ongame and gaming device supplier Cadillac Jack. Costs associated with those acquisitions led to Amaya posting a $7.1m net loss for 2012 and a further $7.4m loss in Q1 2013.

And Amaya CEO David Baazov hasn’t yet found a way to curb his acquisition appetite. Earlier this month, Amaya announced it had inked a deal to acquire Los Angeles-based lottery and gaming product designer Diamond Game Enterprises for $25m. Diamond Game operates 1,800 Lucky Tab and LT-3 instant ticket vending machines in over 40 locations across seven jurisdictions in the US and Canada. Baazov said Diamond Game’s technology would “increase our lottery footprint in North America while anticipated to be accretive to adjusted EBITDA.” As part of the deal, Amaya has agreed to provide Diamond Game with credit facilities worth $2.5m to fulfill its existing contracts until the acquisition is complete.

Meanwhile, financial data stemming from Amaya’s acquisition of Ongame from Bwin.party digital entertainment in November is raising eyebrows among the online poker community. On the day the transaction concluded, Ongame had player liabilities totaling $15.7m, whereas the business had just $4.9m in ‘cash and cash equivalents’ on hand. In what may come as a shock to some players, the fact that Ongame held only 31% of its player liabilities in cash violated neither International Accounting Standards nor the standards of Ongame’s regulator, the Gibraltar Regulatory Authority. Baazov told Pokerfuse that since it assumed control of Ongame, Amaya had chosen to strictly segregate player funds from operating capital.