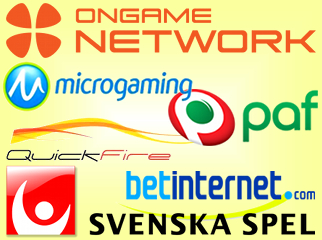 Amaya Gaming’s Ongame poker network has become the latest operator to return its online gambling license to Spanish regulators. While Amaya officials declined to offer any specific reason behind the pullout, the difficulties of making a profit in Spain’s online gambling market are hardly a state secret. The Ongame.es site took a serious hit in February following Finnish operator Paf’s decision to “temporarily close” its Spanish-facing poker business on the Ongame network. The most recent figures from Spain show overall revenue for poker cash games and tournament play rising, but the market is dominated by PokerStars, 888 and PartyPoker, with the rest of the pack left fighting for crumbs.

Elsewhere, Paf has gone live on MPN aka the Microgaming Poker Network. The two parties inked a deal back in October to create “an enhanced poker experience” to complement Paf’s existing offering on Gtech’s Boss Media network. The new MPN offering is accessible via the Paf Heart Poker brand, which offers a stripped-down interface that allows players to bypass the lobby and head directly for the tables. The ability to get playing “with a single click” solves “the problem of poker lobbies being too complex for beginners to navigate,” according to Paf’s head of poker Herbert Paradis. Paf is a non-profit operator based in Finland’s autonomous Åland Islands region.

Microgaming has also added Webis Holdings site Betinternet to its list of poker clients. The Isle Of Man-licensed Betinternet.com has become the first operator to sign up for Microgaming’s new Flash-based Quickfire Poker platform, which is intended as a “fast and efficient way for sportsbook and casino operators to supplement their gaming portfolio,” according to Microgaming’s Ashley Sandyford-Sykes. Operators utilizing Quickfire Poker will have access to MPN’s liquidity. Webis managing director Garry Knowles said he was pleased to be adding poker to Betinternet’s existing Quickfire live dealer and game products.

Swedish state-owned operator Svenska Spel has agreed to compensate poker players victimized by a bot-ring earlier this year. In February, Svenska Spel froze certain accounts connected to the conspiracy to cheat players and has now paid out SEK 3.8m ($569k) to some 25,300 players who lost money playing with the cheating ring’s 15 members. Svenska Spel CEO Lennart Käll said the company, along with its Boss Media poker software provider, analyzed “millions of hands” to determine who was owed what, and after “a long and drawn-out process … it feels good to be able to repay the money.” Käll said the company had instituted “new procedures” to guard against a repeat occurrence.