World braces for impact as Chinese tourists spread their wings 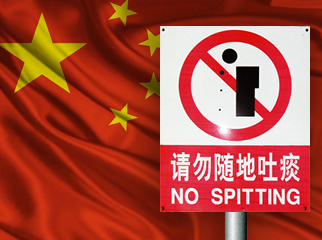 Gamblers from China have usurped their Japanese counterparts as the number one contributor of foreign visitors to South Korea’s casinos. The Ministry of Culture, Sports and Tourism reported that over 970k gamblers from mainland China visited a Korean casino in 2012, good for 40.7% of the total visitor count. That’s nearly triple the 366k who made the trek in 2009, and the Ministry expects the growth to continue. China’s surge came at the expense of Japanese gamblers, whose ranks fell 6.5% to 785k (33% of the total).

China is officially the hot girl at the casino bar, which is why South Korea’s government formed a ‘special task team’ in December 2011 for the sole purpose of boosting the volume of incoming Chinese gamblers. Conversely, the mere suggestion that China would ban its citizens from visiting a proposed casino in Taiwan caused “a big problem” for the casino’s developers. James Packer, owner of Australia’s Crown Ltd., says Chinese tourism will “change the world.” Wynn Resorts boss Steve Wynn believes China’s burgeoning middle class is experiencing “an explosion of pent-up demand for the good life.”

HONG KONG IS AN EXCEPTIONAL PLACE
Earlier this month, two members of the US House of Representatives from the state of Nevada introduced a bipartisan bill to lessen visa restrictions on Hong Kong residents. Hong Kong is ineligible for inclusion on the US visa waiver program because it’s not a sovereign nation. Now Rep. Mark Amodei (R) and Rep. Steven Horsford (D) want to exempt the autonomous special administrative region of China from this requirement.

If their bill passes, a US Trade Association spokesman told the Las Vegas Review-Journal that the number of visas granted to Hong Kong residents could double the 129k issued in 2011, thereby doubling the opportunities for Chinese baccarat whales to say ‘viva Las Vegas.’ A similar stunt was attempted last year in New Zealand at the apparent behest of casino operator SkyCity, but they screwed it up by restricting the fast-track visa process to benefit a single airline. (Everybody’s gotta eat, people.)

GUANGDONG CUTS VISA PAPERWORK
The Chinese province of Guangdong is playing its part in facilitating its citizens’ adventures abroad. Beginning Saturday, citizens can apply for Individual Visit Scheme (IVS) visas for both Hong Kong and Macau at the same time. A minor action, perhaps, but it’s been five years since Guangdong residents had the privilege, and they’re just glad to be able to reduce the time they have to spend in some dusty government office waiting for their number to be called.

Guangdong residents remain limited to one visa application every two months, so the numbers flocking to Macau’s casinos won’t necessarily skyrocket. But Union Gaming Research Macau analyst Grant Govertsen says the decision is encouraging because it suggests Beijing has no intention of curtailing the IVS program.

THE ‘UGLY AMERICAN’ GETS A MAKEOVER
As for those who venture further afield, last month the UN World Tourism Organization revealed that Chinese tourists spent $102b abroad, 40% higher than the year before and good enough to top the global chart. The next two countries on the list, Germany and the US, each came in around $84b, up a more moderate 6%. Between 2000 and 2012, the volume of international trips by Chinese citizens has risen 730%.

The numbers are impressive, less so the antics said tourists get up to on vacation. Beijing recently saw fit to issue a warning to the 83m annual Chinese tourists to cut out the “uncivilized behavior” they display abroad. Vice-Premier Wang Yang said it was the government’s duty to instruct its citizens to “consciously abide by public order and social ethics, respect local religious beliefs and customs, mind their speech and behavior.” As if on cue, the interwebz erupted after a teenage Chinese boy was found to have defaced a 3,500-year-old temple while on holiday in Egypt. Wang lost it, issuing a rant about how Chinese tourists talk too loud, ignore red lights and “spit anywhere.”

Did you feel that? That was history making. You can forget the tourism statistics, the fact that Macau long since eclipsed Nevada as the world’s top gambling jurisdiction and the prediction by the Organization for Economic Cooperation and Development (OECD) that China’s economy will surpass that of the US by 2016. If you need proof that China has already usurped America’s role as global king of the hill – just as the US usurped the British throne – the behavior of Chinese tourists is the benchmark you should remember. Wherever they go, Chinese citizens are walking around like they own the place. Because they do.