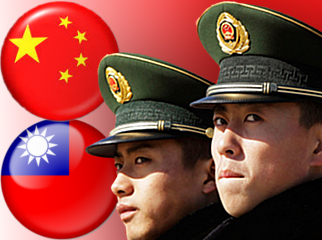 It appears Taiwan’s government may not approve legislation enabling resort casino construction on the outlying Matsu Islands chain until the third quarter of this year. Previous statements by government officials indicated the pols could get the job done by the time the current legislative session ends in June, but an unidentified ‘regional gaming expert’ told Macau Business Daily the process will be delayed by the government’s need to determine how to proceed with the tender for casino proposals.

Weidner Resorts boss William Weidner, the presumptive front-runner to get the Matsu casino concession, has argued for the government to hold the request for proposal (RFP) process concurrent with the casino legislation debate. But the source revealed that was unlikely because the government believed there was still “a significant amount of consultation on what should be in the tender documents.”

CHINA LIFTS THE BAN HAMMER
That’s far from the worst news Weidner got last week. Just 16km off the coast of Matsu lies the populous Chinese mainland province of Fujian, from which many of the Matsu casino’s customers are expected to arrive. Weidner has gone as far as to ink a deal with Hong Kong-based ferry operator Chu Kong Passenger Transport to run Chinese gamblers to and from Matsu. Plans were also afoot to construct a 2k-room hotel on 700 hectares of land in Fuzhou City for mainland residents to use as a hub for gambling day-trips to Matsu.

But nobody appears to have checked with Fuzhou City officials, who released a statement this week saying the local government would ban its residents from traveling to Matsu to gamble. The unsigned statement, delivered via the Fujian arm of China’s Taiwan Affairs Office, said Chinese laws “forbid mainland residents from gambling.” As such, if Matsu went ahead with its casino plan, Fuzhou authorities would be “not likely to cooperate and coordinate with them.”

Weidner spokesperson Julia Lee told GamblingCompliance she had spoken with Matsu legislator Chen Hsueh-sheng, who agreed that “this is a big problem.” Earlier this week, Chinese media quoted Chen saying mainland authorities had agreed to loosen transportation and visa restrictions to facilitate Fuzhou-Matsu traffic, but Lee said this was a “secret agreement” that hadn’t been made public.

Taiwan’s newly sworn-in transportation minister Yeh Kuang-shih also apparently contributed to the kerfuffle by publicly stating that he backed the concept of a ‘cross-Taiwan strait gaming zone,’ which may have been taken as suggesting the mainland would be an active participant in promoting access to gambling. Lee says Weidner has never used the phrase ‘gaming zone’ as it misrepresents the “5% of floor space” the proposed resort planned to dedicate to gambling.

This marks the second time in as many weeks that a media report has provoked China into putting the brakes on gambling operations. Just days after Reuters reported on a ‘cashless casino’ operating in a resort in Hainan province, local authorities padlocked the joint, saying its operators had “gone beyond the scope” of their license. Whether or not Weidner’s casino plans have also been scuttled remains to be seen, but if there’s a moral to these stories, it’s this: if you reach a deal with Chinese authorities, wait for them to announce it.