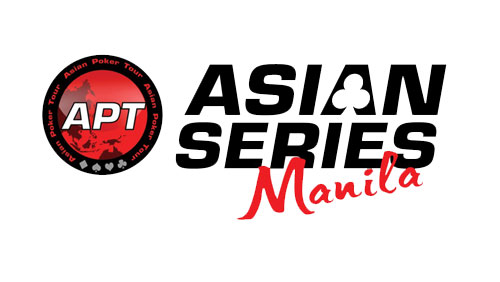 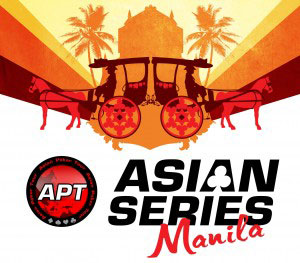 The Resorts World Manila, today, welcomes one of the most prestigious poker tours in the Asian market. We are, of course, talking about the 2013 Asian Poker Tour (APT) Philippines, and what makes this tournament so special is it appeals to every possible bankroll you could imagine.

With a wide-expansive range of buy-ins from $130 to $129,000 the luxurious Resorts World Manila will welcome thousands of people, from all different classes, into their inviting bosom between April 17-24th.

The event expects to draw in a similar number to last year, after 31-players took their seat for a crack at a bumper first-prize. Joe Hachem and Nam Le are already confirmed to play in the largest tournament ever held in the Philippines.

Each player will start with 150,000 in chips, with levels lasting 60-minutes and eliminated players have the opportunity to re-enter as many times as they want until the dinner bell chimes. The German crew of Philipp Gruissem, Tobias Reinkemier, Fabian Quoss and Igor Kurganov has dominated the High Roller events, and it will be interesting to see if any of them make the trip to the Philippines to have a snifter at this one. Gruissem the latest to add money into the German coffers with his $822,941 first prize at the World Series of Poker Asia-Pacific (WSOP-APAC) $50,000 High Roller event.

The tour will reach its climax on the 24th April with the $2,500 No-Limit Hold’em (NLHE) Main Event. Last year, 254-entrants participated and the South African Divan Le Roux walked away with the $197,000 first prize, after beating his best friend Conrad Coetzer in heads up action. The American McLean Karr finished 15th in that event.

It was a surprise to see Kevin MacPhee make an appearance at World Poker Tour (WPT) Barcelona, especially after his twitter bio stated, ‘Former professional poker player that rants about stuff you don’t care to hear about.’ But the former European Poker Tour (EPT) champion has seemingly put the Liv Boeree mess behind him, removed the ‘former’ moniker from his bio and knuckled down to do what he does best.

Things got better after that tweet, as MacPhee won a fourth seat for EPT Berlin, shipped the Full Tilt Sunday Brawl for $40,000 and lost heads-up for another Online Triple Crown in a $55 rebuy tournament on PartyPoker.

Kevin Eyster has just topped anything that he has ever achieved in his six-year poker career by taking down the WPT Seminole Hard Rock main event for $660,395. 53 of the 54 cashes went into the pockets of Americans most notably Jeff Madsen (6th), Faraz Jaka (9th), Matt Salsberg (13th) Matt Giannetti (20th) and Paul Volpe (27th).

Eyster, who is also an online poker millionaire, defeated Ben Tarzia in heads-up action to take the title. As the prize pool exceeded $2,000,000 the 13th place finish by Salsberg means he now takes the top spot in the WPT Player of the Year (POY) race, ahead of Paul Volpe, with just three WPT events remaining.

Full Tilt Poker (FTP) is the latest online poker site to follow in the footsteps of the trend setting Bodog with the launch of their ‘New to the Game’ tables that are aimed at attracting the newborns paddling in the poker pool.

When the Bodog Poker Network first launched its Recreational Poker Model, the online poker world poured nothing but scorn onto the idea. But it seems that one by one those same companies have developed a case of amnesia as similar models seem to be popping up all over the place.

The ‘New to the Game’ tables are designed for players who have very limited knowledge and understanding of poker as it segragates them from players with superior levels of skill and experience. The time clock is a lot slower than the standard tournament format, your current hand strength is always shown on the screen and there are ‘in-game’ pop-ups that give you tips on how to make your next move.

To make sure that there is parity across the tables, once you have clocked a certain number of hands (2,000 for cash games and 75 events for tournaments/sit n go’s) you are ineligible to participate in this format, leaving the tables clean for the newborns.

In other Full Tilt news it seems that the twitter goading from the Jungleman has finally paid off as Tom Dwan and Daniel Cates took to the virtual felt this week to recommence their heads-up challenge.

All right, so the four tabling $200/400 NLHE action only lasted 383-hands, but it’s an improvement on the zero hands the pair have played in the past two-years. Dwan walked away from the short session with a $158,000 profit.