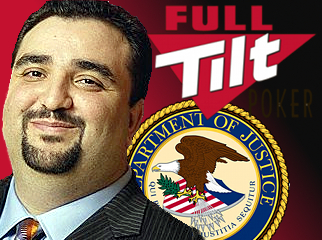 Former Full Tilt Poker CEO Ray Bitar has reached a deal with US prosecutors to plead guilty to unspecified charges related to the indictments of April 15, 2011 aka Black Friday. Appearing before US District Judge Loretta Preska in a Manhattan federal court on Monday, Bitar’s lawyer John F. Baughman revealed that his 40-year-old client – who did not attend the proceedings – is in dire need of a heart transplant after being diagnosed in November 2012. Judge Preska has set April 19 – two years and four days since the indictments against Bitar and 10 other individuals connected to FTP, PokerStars and Absolute Poker were unsealed – as a potential date for Bitar to enter his guilty plea.

Poker blogger Diamond Flush reported that Bitar would plead guilty to at least two felony charges and would be required to forfeit approximately $40m in money and property. Baughman claimed Bitar’s physical condition is so dire that his doctors have given him only a 50% chance of surviving the next 6-12 months. Baughman declared that Bitar’s state made a trip to New York impossible, leaving open the possibility of Bitar entering his guilty plea in front of a judge in California and those proceedings being beamed to New York via video linkup.

Sentencing could follow immediately after Bitar enters his plea, but Bitar’s physical state may rule out the possibility of his serving a custodial sentence. Bitar is reportedly scheduled for a consultation with heart surgeons in California on May 6 to determine his suitability for the transplant operation. Preska is under no obligation to accept the no-prison deal worked out between Bitar and the DoJ.

Bitar turned himself in to US authorities in July 2012 to face nine felony charges – including conspiracy, wire fraud and money-laundering – related to FTP’s US-facing online poker business. Bitar originally pled not guilty and was released on bail with an electronic monitoring bracelet clapped to his ankle. His FTP counterparts Howard Lederer, Chris Ferguson and Rafe Furst have all settled their own civil charges. A series of boneheaded financial decisions prior to Black Friday left FTP unable to refund its former customers account balances until PokerStars stepped in with a $731m deal with the DoJ to make FTP’s former players whole and to settle Stars’ own Black Friday civil charges.