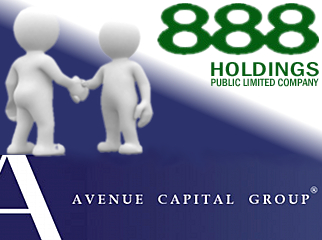 Gibraltar-based online gambling operator 888 Holdings has inked a US-facing online poker joint venture with hedge funders Avenue Capital Group. The Delaware-incorporated joint venture – to be dubbed the All American Poker Network (AAPN) – will launch 888-branded gambling sites in any and all US states as their legislatures make that option legally available. The announcement of the deal comes just days after 888 received preliminary approval on its application for a Nevada interactive gaming license. 888 CEO Brian Mattingley issued a statement saying having such “a substantial financial partner” behind it will provide the necessary “firepower” to take advantage of a rapidly liberalizing US market.

Avenue Capital is run by billionaire Marc Lasry, a noted poker fan, and this isn’t the hedge fund’s first expression of interest in the US online gambling market. In October 2011, Avenue Capital entered into a tentative online poker agreement with Donald Trump and Trump Entertainment Resorts, although little was ever heard about the progress (if any) this deal had made. Avenue Capital took control of Trump Entertainment in a 2010 bankruptcy deal and remains the company’s biggest investor. On Feb. 28, Lasry officially left his post as Trump Entertainment’s chairman of the board, saying the company had made sufficient progress since reorganizing to allow him to bow out.

The AAPN will serve as a B2C complement to 888’s existing US-facing B2B deals. 888 also announced on Monday that it had formally agreed to launch online poker in Nevada under the Treasure Island casino brand. Treasure Island received preliminary approval for its own interactive gaming license bid at last week’s Gaming Control Board hearing. 888 is also expected to power the World Series of Poker’s online brand in Nevada on behalf of Caesars Entertainment, but Caesars CEO Gary Loveman told analysts last month that the company would eventually transfer its online poker operations to a modified Barriere Digital software platform. Seems the March 2011 marriage of 888 and Caesars was entirely one of convenience for both parties.