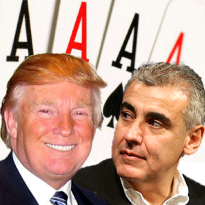 The online poker bill (HR 2236) introduced earlier this year by US Rep. Joe Barton (R-TX) will be given a hearing (of sorts) by the House Energy and Commerce Subcommittee on Commerce, Manufacturing and Trade this Tuesday (25). Barton said he was “pleased” that Subcommittee chairwoman Mary Bono-Mack (R-CA) would hold a hearing on “the important issue of Internet gaming. It’s a first step to showing why the current law is a lose-lose for everyone — the public, the taxpayer, the banking industry, and the people who want to play poker openly and honestly on the Internet. I look forward to an open exchange of ideas.”

Since Bono-Mack is not what you would call a passionate supporter of online poker, merely getting a hearing may constitute victory in Barton’s eyes. However, this isn’t really a hearing before the Energy and Commerce committee, more a hearing on whether to give Barton’s bill a proper hearing at some later date. So, um, yay?

While progress on the US legislative front may be glacially slow, that doesn’t mean would-be online poker operators aren’t positioning themselves for the end of this current ice age. The latest out of the blocks is none other than Donald Trump, who has teamed with New York hedge-fund manager Marc Lasry on a proposal to offer online poker at the state or federal level, whichever comes first. (Our money’s squarely on a state-by-state roll out.) Lasry is reportedly a big fan of high-stakes poker games involving his hedge fund brethren, while Donald is a big fan of suing supermarket tabloids.

Donald’s daughter Ivanka, exec VP of real estate company the Trump Organization, claims the joint venture is “positioning itself” to be the largest US-facing online gaming company if/when legalization happens. Ivanka claims the Trump brand “would be the most powerful one in this space.” That would surely come as news to Bwin.party co-CEO Jim Ryan, who has been trying to sell investors on the notion that PartyPoker is the number one poker brand in the US.

Then again, perhaps Ryan has already talked to Ivanka, and is among the “one or more other qualified parties” she claims may also participate in Daddy’s poker party. The filing claims the joint venture intends to pursue online gaming “at minimal cost” to Trump Entertainment. Considering how desperate Ryan is to see some/any kind of payoff from the company’s $105m settlement with the DoJ, we bet “minimal” is Ryan’s price.