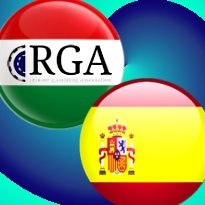 Spanish gaming regulators are preparing to lengthen the leash on which the country’s licensed online gambling companies have been straining. Last week, the Dirección General de Ordenación del Juego (DGoJ) published a draft regulation that would permit operators more freedom to offer in-play wagers as well as previously verboten varieties of online bingo. Operators would be asked to submit their individual lists of in-play markets and events to the DGoJ prior to offering up such markets/events to the public. International horse racing and greyhound racing would also be added to the list of approved animal-based wagers. Operators would no longer be limited to the three varieties of bingo permitted under the current regulations, and would be allowed to customize their offering, including the option of using symbols and signs in addition to numbers. The proposed regs are subject to a two-week public comment period.

The DGoJ director general, Enrique Alejo, has said he’s not bothered by the fact that the Spanish market is being dominated by a handful of firms, such as PokerStars, Bet365, Bwin.party and 888. Alejo told eGaming Review he was “not concerned about how he market is performing from a competitive point of view. Our main concern is that operators within the market are respectful to the regulations we have set in place … We would prefer a balanced market but we cannot guide the process – the market has its own way of performing.” And with that, Alejo went back to reading his well-worn copy of Alejo Shrugged, er, Atlas Shrugged.

Encouraged by last week’s Court of European Justice for the European Union (CJEU) ruling that the monopoly held by Greek betting operator OPAP was illegal, the Remote Gambling Association (RGA) has now targeted Hungary’s draft gambling law. While welcoming Hungary’s decision to opt for a 20% gross gaming revenue tax, the RGA takes issue with the HUF 100m (US $451k) upfront fees for each product line operators wish to offer. The RGA says the ‘one-off’ fees, which are good for five-year license terms, are likely to deter international operators from applying for licenses, while state-owned operator Szerencsejáték Zrt (SzRt) would be automatically approved.

Not to be outdone in the outrage department, the European Lotteries Association (ELA), the European Pari Mutuel Association (EMPA) and the European Casino Association (ECA) have written a joint letter to the European Commission urging it to grow a pair. The trade associations want the EU to compile and – more importantly – enforce a Europe-wide blacklist of unlicensed online gambling operators. They want the EC to put some teeth into this embargo through a combo of ISP blocking and by curbing the ability of unlicensed firms to move money around. Otherwise, they say, the action plan the EC published in October would be meaningless.