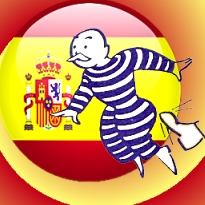 A day after Bwin.party co-CEO Norbert Teufelberger was detained by Belgian authorities for continuing to do business with Belgian punters despite Belgian gaming regulators and courts ordering Bwin.party to cease doing so, the online gambling firm remains equally insistent that it knows better. “Bwin.party maintains the position that it is acting and has always acted in compliance with applicable laws.” The Bwin.party legal team is apparently of the opinion that Belgian (or German) laws they don’t like aren’t applicable to their business, and thus can safely be ignored. (Perhaps not surprising, given that Bwin.party’s legal team contains a disproportionate number of graduates of the Monty Python Argument Sketch “No It Isn’t” School of Law.)

Passing strange, then, that Bwin.party would regard US online gambling laws as inviolate as the laws of gravity, when the World Trade Organization has repeatedly ruled that the US stance is an affront to international trade relations. Could it maybe have something to do with the US simply being more proactive in locking up online gambling execs whose companies fail to comply? Hmm… In the meantime, CalvinAyre.com has received several suggestions for Teufelberger’s official pirate nickname, with ‘Norbeard’ the current staff favorite.

SPANISH MARKET DOMINATED BY HANDFUL OF COMPANIES
While the week’s events may have convinced you otherwise, Bwin.party actually does operate legally in one or two jurisdictions, including Spain, where they are one of three companies dominating the newly regulated market. eGamingReview claims to have seen figures indicating that Bwin.party, PokerStars and Bet365 accounted for €47m of the total €78m in gross gaming revenue generated in its four months since Spain’s new regulatory conditions took effect.

Interestingly, Spain requires its licensed operators to ante up 25% of their gross gaming revenues in taxes, yet in the speech Teufelberger gave in Belgium shortly before he was detained, he claimed that “taxation of gross gaming revenue above a level of around 20% leads to a situation where doing legal business in any given market becomes untenable as taxation is effectively leveled at a ‘rate of no return.’” Fair warning, Spain… Norbeard’s about to hoist the jolly roger.

Sports betting currently makes up 47% of the Spanish gambling market, poker is 35.9% and casino is third with 17.8%. (Spain presently doesn’t allow slots, so casino is 60% roulette, with blackjack about half that and bingo under 10%.) Bet365 controls 60% of the sports betting business, Bwin.party is second with 20% and Sportingbet and William Hill account for 10% apiece. PokerStars owns 65% of the poker action, with 888 second at 20% and bwin.party at 16%. 888 leads the casino pack, followed by bwin.party, Gamesys’s Botemania bingo and Bet365, who together account for 70% of the casino pie.