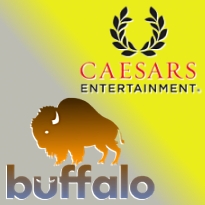 So is Caesars that convinced of social gaming’s long-term revenue potential, or is the casino company merely gilding CIE’s lily ahead of a rumored spin-off of the interactive division into a separate entity? As CalvinAyre.com contributor Vince Martin noted in his detailed analysis of Caesars for SeekingAlpha.com, analysts’ estimations of CIE’s value in a regulated US market may be wildly overblown, a notion reflected in the absence of evidence indicating CIE stakeholder Rock Gaming chose to exercise its option to buy a bigger stake in CIE in November. Caesars has declined to publicly disclose CIE’s financial performance, but Rock Gaming has access to this info, suggesting they aren’t as bullish on CIE’s potential. That said, CIE is located in that part of the Caesars empire that doesn’t carry any of Caesars’ astronomical $20b+ debt obligations, which automatically lends it a certain cachet the other divisions do not enjoy.

Of course, with more money going out the door to fund the Buffalo acquisition, Caesars will have to make up the sum somewhere. Is it coincidental that Caesars has just announced higher hurdles for the company’s Total Rewards program? Starting this year, attaining ‘Platinum’ status will require 5k tier credits rather than 4k, while ‘Diamond’ status requirements have gone from 11k to 15k and ‘Seven Stars’ status has gone from 100k to 150k. Small savings, relative to the amount of debt Caesars carries, but hey, every little bit helps.

In a possibly related development, the Press of Atlantic City reported that Caesars’ eastern division president Don Marrandino has stepped down after three years on the job. The company issued a release on Friday announcing Marrandino’s departure, which, while celebrating Marrandino’s “dedication to service” et al, offered only the boilerplate explanation that the casino veteran had left to “pursue new opportunities.” Marrandino has yet to publicly comment on the split. In November, Marrandino’s alleged instruction to dealers at Harrah’s Resort to provide a visiting celebrity with $2k in betting credit resulted in the New Jersey Division of Gaming Enforcement fining the casino $50k.

Marrandino began his gaming career as a reservations clerk at Bally’s Atlantic City, then moved to Las Vegas where he spent a few decades as a senior executive at a variety of casinos, including Caesars precursor Harrah’s Entertainment. Marrandino’s responsibilities will be shared by Kevin Ortzman, GM of Bally’s Atlantic City and Showboat Casino Hotel, and John Smith, GM of Harrah’s Resort Atlantic City. Both men will report to Tom Jenkin, Caesars’ president of operations.