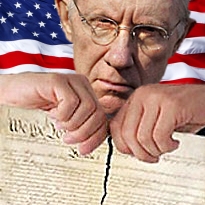 The US Department of Justice threw Full Tilt Poker’s former US players a small pre-Thanksgiving wishbone on Tuesday via an announcement that it expects some action on reuniting players with their long-frozen funds sometime in the new year. Not really ‘news’ in the strictest sense, but given the radio silence the DoJ has observed on this subject, players will likely take some solace in the vague promise that the government expects to have a Claims Administrator in place and ready to “begin work” in January 2013.

Meanwhile, Full Tilt’s new owners PokerStars are likely smiling at the news that a former US solicitor general believes the ‘bad actor’ prohibitions contained in the online poker bill proposed by Senators Harry Reid and Jon Kyl may not stand up in court. The Reid/Kyl bill establishes a ‘penalty box’ into which all online poker companies that served US customers after Dec. 31, 2006 would be sent for a minimum of five years – which seems harsh, considering that hockey players only get five minutes for punching someone in the face. (Recent state-level bills proposed by New Jersey and California promised similar post-UIGEA exclusions.)

But Paul Clement, who served as US solicitor general from June 2005 to June 2008, believes this bad actor clause “raises serious due process concerns.” Clement told the Las Vegas Review-Journal’s Washington reporter Steve Tetrault that singling out this group of providers for punitive treatment without offering adequate protection for their rights would deprive them of “significant property interest” and could thus be deemed an unconstitutional ‘bill of attainder’ (aka punishing someone without trial). Clement said he found similar flaws in Reid’s 2010 poker bill, which never came up for a Senate floor vote due to vocal opposition from multiple stakeholders, many of whom are expressing similar reservations about Reid’s latest effort.

Clement was asked to study the bill’s language by the Poker Players Alliance, which is trying to convince Reid to revise the bill to allow companies like Stars to participate in the US market and to provide US players access to international liquidity. American Gaming Association head Frank Fahrenkopf wasn’t having it, saying the point of Reid/Kyl was “penalizing those who violate US law” and to “keep them out of the US market once and for all.” And all the while the lame duck clock keeps ticking…