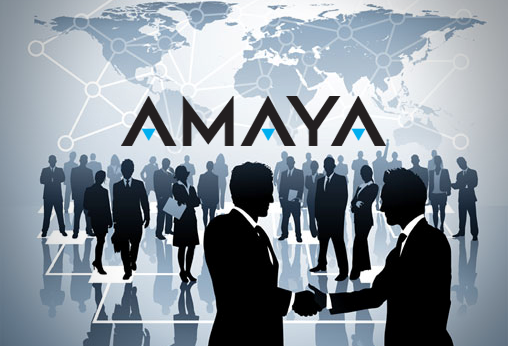 Following the super merger of bwin and PartyGaming last March we were primed to expect mergers and acquisitions aplenty. Grey markets, differing valuations and risk free strategies have, at one time or another, meant that hasn’t quite worked out to be the case

But while many iGaming companies, particularly operators, have focused on consolidation rather than expansion, Amaya have been acquiring like there’s no tomorrow. The Canadian company, under CEO David Baazov’s leadership, has continually been seen in industry news this year parading their latest company for all to see. 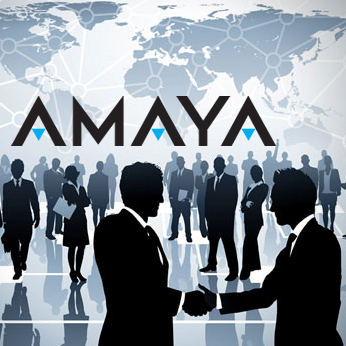 For years after the company was founded in 2004, Amaya Gaming looked like having little impact on the online gambling industry. The company had gained considerable success through the creation of electronic table games but were operating at such a low level that they had flown largely under the radar.

It was early on in 2011 that the company really sprang to life. They were granted a licence to operate online gambling in Kenya while similar licences had already been handed to them in the Dominican Republic and Uganda. Despite not being country licences that would make headlines, they provided the solid foundations on which Amaya’s burgeoning online business could grow.

Given the fact that online gaming had previously been uncharted waters for the Canadian company, speculation began about how the company was going to fulfill their contractual obligations. But the answer soon became apparent as the acquisition of Chartwell Technologies was announced in May. The deal resulted in Chartwell withdrawing from the Toronto Stock Exchange and Amaya shelling out $23 million at 87.5cents per share – a bargain considering these were valued at $3 just three years previously.

For anyone who was left in any doubt, Baazov stated his intentions to attack the online gambling market in the press release announcing the completion of the deal in July 2011.

He said: “This seals a major strategic initiative to strengthen our interactive gaming portfolio and to expand the scalability of our government solutions offering.

“Amaya is well positioned to leverage the acquitted technologies and resulting synergies to expand its footprint in the government-regulated interactive gaming space.”

But while the focus of the sentiment may have been government solutions, the fact is that the acquisition of Chartwell also gave Amaya a presence in the private iGaming industry. Chartwell was well known in the industry and their purchase certainly served as a reason to take notice. However, the fact that Chartwell had plunged to the depths that it had meant that, for the time being, there weren’t too many taking Baazov’s interactive division seriously just yet.

A Year of Acquisitions and Operators

With Chartwell successfully incorporated as a wholly owned subsidy, Amaya were looking forward to online success. Revenue had grown 171% in Q3 2011 from the previous year and the Canadian company was looking for a big year in the online gaming industry.

So, naturally their first deal was with a land based casino supplier. The deal came with Aristocrat and provided Chartwell with the ability to adapt already popular land based games into an online format. Having supplied casinos in just about every continent Aristocrat was a well known brand and one that Amaya used to continue to increase its profile.

Hot on the heels of the three-year deal with Aristocrat came confirmation of the agreement of terms for the company’s biggest acquisition to date – the purchase of Cryptologic for almost $36 million. Having already made a prior announcement in December 2011, Amaya was able to close the deal quickly – a skill many iGaming operators would do well to develop.

Despite Cryptologic not being the force that they once were, this acquisition meant that Amaya had its first strong foothold in Europe. This has now been reflected in the operators signed up with Amaya or their various subsidiaries. Whereas the list of online clients for Amaya software may have been fairly paltry, it now boasts the likes of Ladbrokes, Betfair, BetClic, Betsson, Paddy Power, Gala, Victor Chandler and many more.

All of that action was enough to see Amaya gain significant recognition including being ranked first on the Branham300 Movers and Shakers list – a Canadian listing of tech companies ranked by revenues. But Bazaak and his Canadian crew weren’t finished there.

At the end of September, the news broke that Amaya had completed another acquisition – this time of Cadillac Jack – a company that had made its name supplying small and medium casinos and bingo halls across the US and Mexico with slots and other electronic gaming products. The only thing is, to us in the iGaming (perhaps more so in Europe), Cadillac Jack wasn’t much of a name.

But on the evidence of Baazov’s comments at the time of the acquisition, anyone would think they had just acquired a world-beater. The man in charge described the deal as “a pivotal event for Amaya” and while he did mention the potential growth, there will have to be a lot in order to justify the $167 million price tag.

The final deal of 2012 (surely!), was the purchase of poker network OnGame from bwin.party – a deal, which despite OnGame’s struggles still represents reasonable value at $15 million on a debt-free basis. The clear significance of this deal is that it marks Amaya’s first foray into online poker. While Chartwell and Cryptologic do have some form of poker product, neither are anything to be particularly proud about.

The Canadians are Coming

Early signs show that the moves so far are working. As previously mentioned, the company was able to boast 171% growth in revenue between Q3 2010 and Q3 2011. Come Q2 of 2012 and that growth had continued as they were able to report an incredible 285% increase from the previous year.

However, the profit column hasn’t been quite as impressive. It’s to be expected that bringing on acquisitions is often going to hurt you in the short term and this has certainly been the case as loss for Q2 was $2.72 million. It’s important that this starts to turn around soon as things could turn sour very quickly, but there are some reasons to be hopeful.

Of the many moves made by Amaya this year, it’s the deals with land based game suppliers such as Aristocrat, which may yet prove to be the most significant. An Amaya representative described the success of early Aristocrat games that have been converted online by Amaya as ‘exceptional’.

With titles such as The Book of Ra and other well known land based slots being introduced gradually online, Amaya may have found their angle. While IGT certainly have the opportunity to do the same, the time they’ve taken to do so to date suggests that they present little immediate threat.

However, a common theme in the description of the above acquisitions may be apparent, if not – its uncertainty. Not uncertainty about the legitimacy or details of the aforementioned deals, but about the businesses that have been acquired.

It’s no secret that bwin.party had been hoping to get rid of OnGame for sometime while Chartwell and Cryptologic had had well publicised problems and both experience significant decline. Basically, Baazov can apparently see opportunities where others cannot. Ultimately this means two things; one, that he will have acquired the companies at a good price; two, while the price might have been low, the size of the challenge involved and the amount of risk is high.