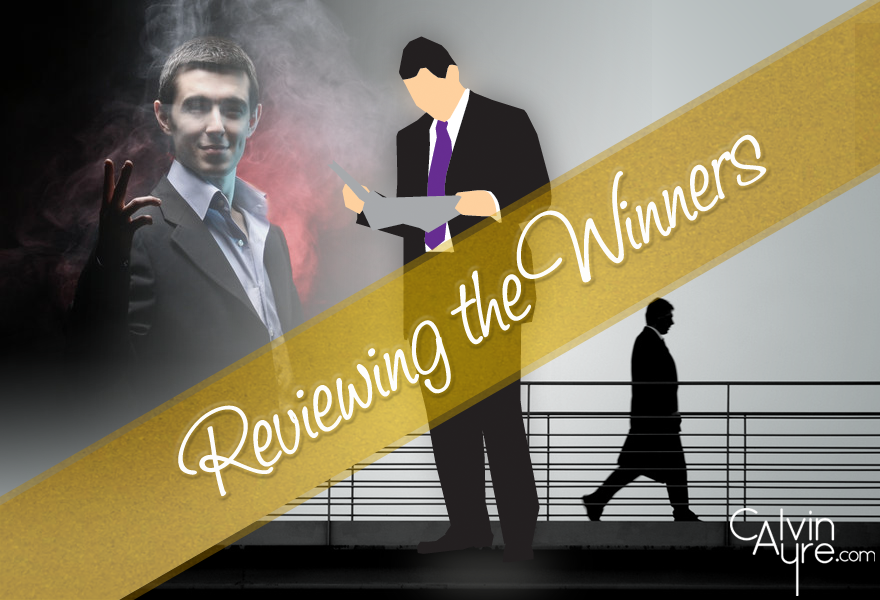 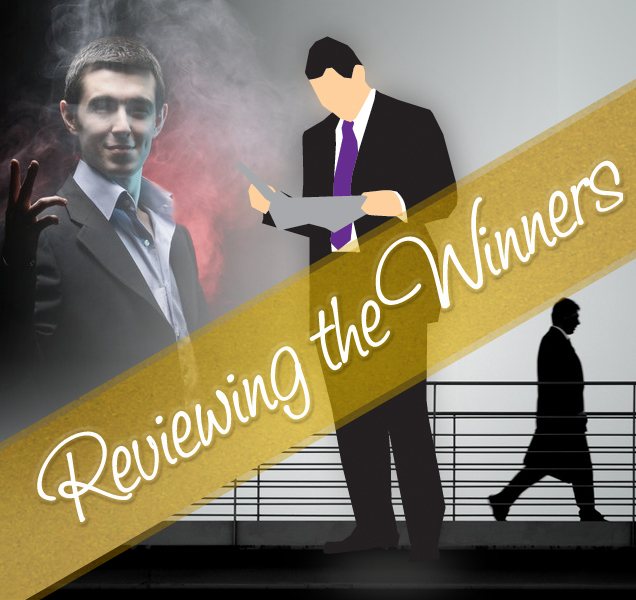 NagaCorp is a classic emerging markets stock – volatile, high-risk, and potentially high-reward. I first covered the operator of NagaWorld, the only casino in Phnom Penh, the capital of Cambodia, back in March when looking for opportunities in the Asian market beyond Macau and Singapore. After a blowout 2011, NagaCorp was trading at HK$3.84 per share, having risen some 265% in the previous twelve months. As I predicted, the stock had simply “moved too far, too fast”; just three weeks later, the company raised HK$214 million in a secondary stock offering, with shares priced between HK$3.04 and HK$3.18 per share. NagaCorp stock fell sharply, breaking the $3 level, at which point I recommended the stock, arguing that the new lower price represented a “more reasonable entry point.”

True to form, NagaCorp has rebounded strongly, reaching all-time highs after reporting strong first half earnings for 2012. Revenue rose 18%, gross profit rose 17%, while tourist visits to Cambodia rose 27% year-over-year. And, indeed, the company has still more catalysts for growth going forward. NagaWorld is adding new hotel rooms, with 110 more rooms being opened in September. In October, a new Vietnamese-themed section will open in the casino; according to Union Gaming Research Macau, not only the décor will cater to tourists. All employees in the section will speak Vietnamese, while new bus routes from Ho Chin Minh City to Phnom Penh will aim to boost traffic from Vietnam, already NagaCorp’s dominant tourist market. In addition, a US$369 million expansion of the property into an integrated resort with additional hotel rooms and MICE capabilities is expected to come online in 2015.

Despite its strong growth rates over the past few years, NagaCorp still trades at about 10 times trailing earnings. That multiple is far lower than those of companies such as Las Vegas Sands (LVS), Galaxy Entertainment (GXYEY), or other Asian-facing operators. With a projected dividend yield for 2012-2013 of about 8 percent annually, a monopoly on casino development in Phnom Penh until 2035, and one of the best tax arrangements of any casino in the world (the company’s 2011 tax rate was just eight percent), NagaCorp looks like a steal.

But, of course, there are significant risks, with the most obvious being the political climate in Cambodia. While the country has been stable as of late, and continues to see strong economic growth, it is still only a few decades removed from a horrific civil war, and its current ruling party assumed power in a violent 1997 coup. Even a peaceful change of power could threaten both NagaCorp’s monopoly and its comfortable tax arrangement, potentially curbing its projected growth and depressing profits.

The more pressing danger is competition. According to Daiwa Capital Markets, 40% of NagaWorld revenues come from Vietnam, a  market eyed by LVS’ Sheldon Adelson, among many others. With the Cambodian government using casinos to protect its border, and indebted Vietnamese gamblers facing kidnapping and violence, Vietnam could hardly be blamed for accelerating its casino expansion plans.

In short, it appears that, in less than six months, NagaCorp has gone from being overvalued to undervalued to fairly valued at Friday’s close of HK$4.18. With the stock trading roughly around analyst target prices, and some real short-term risk from continued fears of an economic slowdown in Asia, a price above $4 per share seems a little too high for what is an extremely risky and speculative stock. But should the stock again pull back – and, given its history, it most likely will – NagaCorp could again become an interesting play on the continuing gambling boom in Asia, and a risk worth taking.

Back in February, I pointed out that Bally – and smaller slot manufacturer Multimedia Games (MGAM) – were outperforming the sector’s top dog, International Game Technology (IGT). That trend continues; MGAM jumped again following strong fiscal third quarter earnings that were accompanied by increased full-year guidance and a projection for additional growth in fiscal 2013. MGAM has now nearly quadrupled from its lows in October, closing Friday at $15.40 per share. With the stock trading around 25 times the midpoint of its FY2013 guidance of 60 to 65 cents per share, the trade in MGAM may have been missed. At current levels, the company likely needs to continue posting blowout earnings simply to maintain its valuation; as we’ve seen time and time again in the gambling sector, the market can be very cruel when companies fail to deliver the growth it expects. (Indeed, the recent declines in the stocks of Macau-facing operators is a prime example.)

As for Bally, it may still have further to run. In the fiscal fourth quarter, Bally set records for annual and quarterly revenue, while its full-year earnings of $2.45 per share (excluding certain charges) was likewise the highest in the company’s history. North American market share increased to 19 percent, and the company re-purchased over 3% of its outstanding shares at an average cost just over $40, a nearly 10% discount to Friday’s close of $44.38.

It looks like fiscal 2013 may just as strong – if not stronger – than fiscal 2012. The company announced earnings guidance of $2.95-$3.30 per share, which would result in year-over-year profit growth of 27% at the midpoint. That guidance does not appear to include any benefit from Bally’s new initiatives in online poker and social gaming, both of which have the potential to bring in high-margin revenue streams to support future growth.

Most notable was the sheer ebullience of Bally executives on the post-earnings conference call with analysts. “In my 15 years as a CEO across 3 companies, I have never felt more confident in a team and a company’s prospects to produce returns for its shareholders in the coming year and beyond,” CEO Richard Haddrill told analysts. COO Ramesh Srinivasan added, “We have good reasons to feel positive about our business and the upcoming future [and] our innovation engine continues to fire on all cylinders.” Even analyst Todd Eilers of Roth Capital got in the act, pointing out in a question that Bally’s average selling price for its gaming units was “pretty healthy,” compared to struggles at its competitors.

Those struggles were most noticeable at IGT, whose own conference call was a dreary, tense affair, in notable contrast to the optimism expressed by Bally’s leadership. Revenues from gaming operations were flat, earnings missed expectations, while analysts questioned both the company’s  $500 million purchase of Double Down Interactive earlier this year and June’s $1 billion stock repurchase authorization.

Both decisions – questionable at the time – look downright disastrous in the wake of the fiscal third quarter report. $400 million of the $1 billion buyback was executed in an “accelerated” transaction with Goldman Sachs; given that IGT stock fell 20 percent after releasing earnings, IGT bought that stock at a price well above Friday’s close of $12.02. Meanwhile, the company’s interactive division as a whole created just $43 million in revenue for the quarter, but Double Down users actually fell, and bookings per user were well below that of even struggling Zynga (ZNGA).

IGT is now trading at levels not seen since soon off the 2008-09 financial crisis, a victim of its failure to execute and investor distrust of management decisions. That distrust is earned; both the Double Down purchase and the stock buyback have clearly misfired, and IGT management does not seem to have a solid plan to lead IGT back to prominence. Indeed, the company’s plan, according to its CEO, is to pray that Bally starts slipping and the worldwide economy magically rebounds. “We’re hoping to get some help from the economy and that the competitors’ products, they’re good products and they’re going to come and go like all good products are,” Hart told analysts. “But we’ve got to get our products performing and that’s the real focus for us. And that’s going to lift it up a bit but it isn’t going to lift it up dramatically until we get some lift from the economy.”

Yet on the Bally call, CFO Neil Davidson dismissed Bally’s competitors as companies who were “trying to keep up with us.” “They might be doing some things, but it’s not causing us to react,” he added confidently. Hart’s CEO counterpart Haddrill discussed the weaker economy not as a headwind, but as an opportunity, listing nine different investments the company had made over the last four years to position Bally for growth in the future. Simply listening to the calls, one can easily see why Bally is outperforming IGT as of late; and one can easily see why that outperformance is likely to continue.

With Bally still trading at less than 15 times the midpoint of FY13 guidance, and strong earnings growth likely on the way, BYI stock looks like a good long-term proposition. As for IGT, even with the stock at a four-year low, investors should stay away. Until the company gains credible management with a credible long-term strategy, the long, slow decline of a gambling sector titan looks likely to continue.