Investing the Hard Way: Investing In Asia Beyond Macau 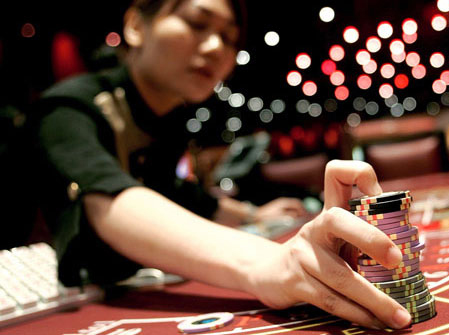 The Macau story is well-known by now, with projections that the overall gambling market on the island will reach $50 billion within 5 years. The news has even reached the retail investor, as personalities at American TV network CNBC are interviewing Macau casino executives and pumping the region’s stocks.

But, despite its size and growth, Macau is not the only jurisdiction in Asia with legalized, land-based gambling; nor is it the only market catering to the notoriously avid – and often high-rolling – Chinese customer. Given that much of Macau’s growth may be already “priced in,” other smaller Asian markets may be the next location for an investing “gold rush.”

Korea is often cited as a possible future gaming hotbed; as our own Eric Bianchi noted last year, “there is no reason why” Korea cannot reach “the heady heights that Macau and Singapore have achieved.” Korea offers a modern economy, a stable, democratic government, and an excellent transportation system. According to Paradise Co Ltd.’s (034230:KS) 2010 annual report, tourist visits to Korea by Chinese citizens are expected to double by 2012, due to aggressive marketing and simplification of the visa process by the South Korean government. Chinese VIPs now drive revenue in the country, replacing the traditional Japanese customers sought by Korean operators. Seoul itself – again according to Paradise – is literally perfectly positioned for the Asian gambling boom: 61 major cities are located within a two-hour flight.

Two interesting plays on the Korean market are Paradise and Grand Korea Leisure (114090:KS). According to Inside Asian Gaming, the two companies account for 95% of the “foreigners-only” market. (Currently, only one casino, the majority state-owned Kangwon Land casino, is authorized to accept Korean customers; that may change, however, as Bianchi noted last year.) Both companies are similarly valued, with forward P/E ratios based on 2012 earnings in the range of 10 to 12, depending on how accurate the analysts are. Those analysts, however, are remarkably bullish on the stock; 24 out of 24 covering GKL, and 18 of 18 following Paradise, rate each stock a “Buy” or “Strong Buy,” according to Reuters.

Paradise is likely the more speculative – and more potentially lucrative – play of the two. In 2012, according to Samsung Securities, the company plans to expand into other Korean areas – including the island of Jeju, known as Korea’s “mini-Macau.” (Interested investors can review selected Paradise analyst coverage at their investor relations website.) In addition, by 2016, the company expects to have completed a massive new casino at the Incheon International Airport outside of Seoul, which will be the largest foreigners-only casino in the country, according to the Korea Times. GKL, on the other hand, is likely the more stable play, owing to its less aggressive expansion plans and its majority ownership by the South Korean government. That stake provides access to government officials, and sympathy for the company’s projects; but, of course, adds bureaucracy and public relations considerations to an already overly politicized industry.

The continuing expansion of the Chinese gambling market, and the potential addition of new Korean customers when (or before) Kangwon Land’s exclusive license in expires in 2015, provide substantial growth opportunities for the country’s two leading operators. But, as in any emerging market, there are risks. For one, Korean opinion is not nearly as favorable toward gambling as it is in many of its Asian neighbors. “Corruption, bankruptcy, and broken homes have been typical of the images of gambling in the minds of Koreans,” wrote the Korea Herald last year, in the preface to what was a favorable interview of new Kangwon Land CEO Choi Heung-jip. Choi didn’t disagree, noting that “all our staff are unjustly branded as the seeds of black money and corruption.” (Kangwon Land is also publicly traded, under stock symbol 035250 on the Korean Stock Exchange. But its majority government ownership, requirements to divert profits to local authorities and agencies, and the pending dislocation caused by the expiration of its exclusive domestic license make the stock too risky, even by emerging-market standards.)

There is also substantial political risk involved in the Korean market, notably for Paradise’s Incheon project. As Inside Asian Gaming noted last summer in a skeptical piece on the potential for Korean gambling, Seoul may be, by air, an hour from Beijing and Shanghai, and one and a half hours from Tokyo. It is also fewer than 40 miles from the Demilitarized Zone (DMV) that separates North and South Korea. “If the Hermit Kingdom [North Korea] decided to lob some ballistic missiles over the border, it would put a crimp in anybody’s casino holiday,” the magazine noted dryly. Should North Korea instead implode, South Korea’s economy would still take a hit. “Think ‘Fall of the Berlin Wall’ times one hundred, and with halfstarved refugees,” IAG suggested. The magazine was also critical of the gambling industry on Jeju, where Paradise intends to purchase at least one operation. “The economy on Jeju is dying,” an industry source was quoted as saying. With direct flights from Taiwan to Mainland China – flights that previously went through Jeju or Macau – and Japanese interest in the island waning, the magazine argued that “mini-Macau” was simply “not very successful.”

Still, Korea represents the next big potential gambling market in Asia, whose continent-wide appetite for games of chance continues to show astounding growth and defy its skeptics. Yes, North Korea’s regime remains an issue for the South Korean economy; that has been true for the past two decades. Yet since 1998, South Korea’s stock market has quintupled in price. Jeju’s struggles likely stem from the fact that “mini-Macau” is actually nothing like Macau; astonishingly, as IAG noted, the total inventory of the island’s eight casinos amounts to just 197 slot machines and 178 tables. With both Paradise and GKL in line for growth, whether from foreign or domestic customers (and hopefully both), the current valuations have room to expand. With so many investors focused on Macau, the Korean companies could provide an opportunity to buy into “the next big market” before the market spotlight shines on it. 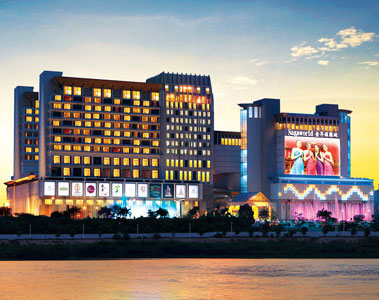 An even smaller, riskier market can be found further south, in Cambodia. (Yes, Cambodia. I told you it was risky.) The stock to play in the country is NagaCorp (3918.HK). NagaCorp stock had a rough day on Friday, falling 4%, slowing a bull run that had seen the stock rise 35% in just two weeks. The catalyst was strong 2011 earnings [pdf], which beat analyst estimates. CLSA Asia-Pacific called 2011 “a stellar performance” and predicted “a strong year” in 2012. Citigroup Global Markets reiterated its own “Buy” rating, and was likewise bullish on 2012. Before the earnings beat, Daiwa Capital Markets called the stock the “cheapest casino stock in the region.” (As with Paradise, analyst reports on the stock can be downloaded at the company’s investor relations website.)

NagaCorp operates NagaWorld casino in Phnom Penh. As Daiwa noted, the company has a monopoly license in the country’s capital, which forbids any competing casinos within 200 km (124 miles) until 2035. The company also has perhaps the best tax structure of any casino operator in the world, with a monthly tax payment of $320,000 USD per month, rising 12.5% annually. For 2010, the company’s effective tax rate was just 8%, well below not only average worldwide casino rates but below the 20% rate for other Cambodian corporations.

And, indeed, analysts are correct in calling 2011 a banner year. Revenue increased 49%, while net profit more than doubled. With a final dividend of HK 12.09 cents per share, the total payout to shareholders for the year was HK 24.1 cents per share, a dividend yield of 6.28%. The payout ratio stayed reasonable at 70%, as the company retained earnings likely needed for a US$369 million  expansion, expected to be finished in 2016.

And that’s the good news. The problem, in the short term, is that the recent run-up in the stock price may have removed much of its value. Three of the four most recent analyst reports posted on the NagaCorp website all offered “Buy” ratings on the stock (one report left the stock unrated). But the reports, written between mid-January and late February, offered target prices of $3.44 (CSLA), $3.25 (Citi), and $3.60 (Union Gaming Macau), respectively. Friday’s close of $3.84 is well past all three targets – and both Citi’s and CSLA’s target prices were calculated after the well-received earnings release. Analysts are notorious for re-calculating target prices upward as a stock rises, but investors should hold them to their original bull case. NagaCorp’s new valuation may mean the stock has moved too far, too fast.

The more obvious problem is that investors in NagaCorp are facing the political and financial difficulties associated with operating in Cambodia. While the country has moved past its horrific civil war of the 1970’s, its commitment to democracy is still uneven; its current ruling party the Cambodian People’s Party came to power in a bloody 1997 coup. Will the company’s 24-year monopoly persist through another change of power? Surely, NagaCorp’s 8% effective tax rate – that agreement is due to expire in 2018 – will require renegotiation with a new regime. The horror stories of Vietnamese gamblers facing kidnapping and severed digits as a result of losses while gambling in Cambodia are further proof of the still-uneven regulatory and legal climate in that country.

There’s also the issue of competition. Outside of Phnom Penh, Cambodia offers a number of casinos, many taking advantage of Thailand’s ban on gambling. (NagaCorp has expressed interest in building in Thailand should that market open up.) According to Daiwa Capital Markets, some 40% of NagaCorp’s revenues come from Vietnam, a market coveted by Las Vegas Sands’ (LVS) Sheldon Adelson, who is proposing two massive installations in Hanoi and Ho Chi Minh City. Movement in either market could hurt NagaCorp’s growth, and its stock price.

In short, NagaCorp is a classic emerging market stock. High-risk, but high-reward, it promises explosive growth and the potential for substantial investor profits. Indeed, the stock has risen some 265% over the last twelve months. But that is also the problem; given that sharp rise, many of the risks associated with the stock may no longer be properly priced. At current levels, the stock looks fairly valued at best; but its high volatility makes it worth keeping an eye on. Should the stock pull back, it would be an interesting – and no doubt exciting – play on the Asian gambling market.