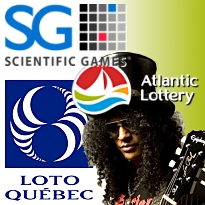 The Vermont Lottery Commission (VLC) is considering taking its action online, according to Vermont Public Radio. VLC director Greg Smith says he’s watching other states like Illinois and Georgia who have either begun selling tickets and other lottery products online or have announced plans to do so. “The administration is interested in looking at it, the legislature has asked us to look at it and to make sure we understand it.” Online payments will be one area that would require legislative action, as Vermont currently prohibits credit card purchases of Lottery products. The VLC is producing a report addressing the issue for the legislature to consider in January.

North of the border, provincial lottery operator Loto-Québec will begin selling individual lottery tickets online on August 27. The state-run company already offers casino games and parlay sports bets online via its EspaceJeux.com site, which also shares online poker liquidity with its provincial counterpart in British Columbia, Playnow.com. Loto-Québec issued a statement saying “consumers who buy lottery products online using their computer, smartphone or tablet computer … won’t miss any draws, they will be able to view the results of the bets they place on the web and save their favorite selections.”

Moving east to the Maritimes, the Atlantic Lottery Corporation (ALC) has inked a seven-year pact cementing lottery tech provider Scientific Games as its exclusive supplier of Scratch’N Win ticket games and related services. The contract, which took effect Aug. 1, includes the option for a three-year extension. Scientific Games and ALC have a long history together, and the revenue from the new deal will continue to be based on a price-per-thousand tickets basis. In FY 2011/12, ALC generated $627m in sales of ticket lottery products, of which Scratch’N Win accounted for $186m.

Ever wondered what lottery winners do with their jackpots? Adrian Bayford, a 41-year-old music shop operator from Suffolk who picked up £148.6m last week via the EuroMillions lottery, selflessly wants to use his bounty to bring people together. Five specific people, actually: the original line-up of hard rock act Guns N’ Roses (not that Axl-only aberration currently rehearsing for its Las Vegas residency). But given the enmity that exists between Axl and former GNR guitarist Slash, it may take a lot of paper money to paper over those 15-year-old wounds, maybe more than £148.6m. Must be why Bayford was spotted buying another lottery ticket on Friday.