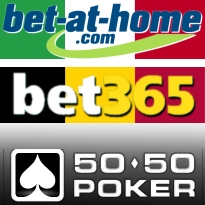 The board of directors of 5050Poker Holding AB, the parent outfit of formerly Malta-licensed online poker operator 5050Poker, has issued a grim statement to shareholders regarding its investigation into the sudden collapse of the company last month. The statement claims that 5050Poker’s operational costs had “for a long time exceeded the revenues, resulting in players’ funds being used in the operations of the company.” This included using €150k of player funds to pay fines imposed by 5050Poker’s former network Microgaming (allegedly for violating network policy on bringing in a certain percentage of recreational players to balance out 5050Poker’s high proportion of multi-table grinders). Managing director Patrick Sjögren has been relieved of his duties, although he will stay on to “assist in the process of investigating how the current situation could occur.”

The board claims to have been in the dark as to the shenanigans due to its having “been presented with false information” by 5050Poker’s management and auditors. Following the Malta Lotteries and Gaming Authority’s belated request for financial guarantees “to a level that exceeds the assets in the company,” the board decided to liquidate the company in order to “best serve the players’ interest during the current circumstances.” However, the discrepancy between assets and liabilities means “there is no reason to believe that the payback ratio will be higher than 15% of the actual balance of players’ funds.”

The Belgian Gaming Commission (BGC) has issued a sports betting license to Unibet and online gaming licenses to Blitz NV and Pavaber SA, which operate blitz.be and miragegames.be respectively. Belgium also added five more domains to its online gambling blacklist: bet365.com, www2.bwin.com, 7red.com, maaslandgames.be and sjbet.at. The www2.bwin.com site was utilized by Bwin as a method of circumventing the BGC’s efforts to block Belgian punters from accessing previously blacklisted site www.bwin.com. Bwin had maintained that the BGC’s actions were illegal, going as far as to challenge the blacklist in court, but the country’s high court ultimately ruled against Bwin last month.

Among the 35 names currently residing on Belgium’s blacklist is Bet-At-Home. The Malta-licensed Betclic Everest subsidiary also recently found itself on an ISP blacklist in Denmark. On a more positive note, Bet-At-Home has received official notice from Italian regulators AAMS that its Italian-facing online gambling site (sports betting first, casino games in a few weeks) has successfully passed its trial run period. The provisional term of the license expires Nov. 23, 2021.