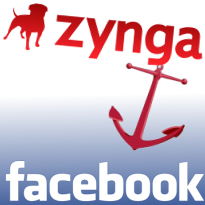 Japanese authorities officially declared ‘kompu gacha’ social games illegal on Friday. The Daily Yomiuri, which broke the news earlier this month that the Consumer Affairs Agency was studying the virtual-card-collecting games, reported that the authorities had determined the games employed a banned sales method known as ‘cards combination’. A kompu gacha ban takes effect July 1, but Japan’s leading social game firms have already announced they would stop offering the games by the end of May.

Stateside, shares in social game company Zynga took a beating on the day Facebook shares made their Nasdaq debut. After all the IPO hype, Facebook shares closed up a meager 1% from their $38 opening price – and even that reportedly required substantial share purchases by underwriters late in the day – but Zynga fell 13% to $7.16. The shares were down 20% at one point, and trading was halted twice, although part of that involved the Nasdaq system itself buckling under the strain of all that underwriter face-saving activity.

Cowen and Company analyst Doug Creutz suggested to Reuters that Zynga’s fall might have been down to investors who’d only bought Zynga as a proxy for the previously unavailable Facebook, and were now transferring their affections to the real thing en masse. GreenCrest Capital analyst Max Wolff suggested some trader “obviously tried to blow [Zynga] out of the water using it as an inorganic hedge against Facebook,” while ITG’s director of derivatives strategy Ralph Edwards suggested the plunge reflected Facebook’s lackluster debut. “If Facebook catches a cold, then Zynga gets pneumonia.” Should be interesting when trading in both Zynga and Facebook resumes Monday morning.

Perhaps more interesting, social games growth is slowing, according to researchers at Frank N. Magid Associates. The Magid Media Futures 2012 study found the number of social network users currently playing social games slipped to 36% from 38% in 2011. A small dip, perhaps, but participation among social games’ single largest demographic – females aged 12-44 years old – fell from 54% to 47%. Worse, the average annual amount spent by social gamers has fallen from $78 to $51, and while 22% of players say they plan to spend more, 34% plan to spend less.

Rome may be burning, but for the moment, gambling games are kicking ass. AppData’s most recent chart of Facebook games’ daily active users has Zynga Poker in the runner-up spot, with Zynga Slingo at #10. Playtika’s Slotomania came in at a tie for #16, while IGT’s Double Down Casino tied for #21. Gambling fared even better on the mobile app data. Zynga Poker was also runner-up on GamaSutra’s top-grossing Android titles, followed by two Dragonplay titles – Live Holdem Poker Pro and Slot City Slot Machines – with Slotomania in fifth spot. (Four out of the top-five; not bad.) The iOS chart also had Zynga Poker in second place (always a bridesmaid) with Slotomania in third, Kamagames’ Texas Poker sixth and Self Aware Games’ Card Ace Casino at #10.