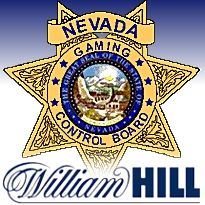 William Hill is taking abuse from other UK bookmakers over its claim that a well-heeled punter strolled into a Hills shop and plunked down a £500k wager on hurdler Big Buck’s in last week’s Aintree Festival. At 1:5 odds, the mega-wager would have netted the punter only £100k, which had some other bookies calling ‘bullshit’. Ladbrokes’ David Williams told the Daily Mail that such headline-generating claims were “irresponsible; it’s got out of hand.” Coral’s David Stevens obliquely echoed this stance: “One betting firm is out on its own with the publicity tactics it’s pursuing. At least the rest of us have a semblance of truth in what we claim.” In reply, Hills’ Kate Miller adopted a ‘sour grapes’ stance: “We’re the leading bookmaker. We don’t have to make things up.”

Hills is not the leading bookmaker in Nevada, although it’s quite conspicuously trying to change that. Last year, Hills acquired American Wagering (which runs Leroy’s Sportsbook and its mobile sportsbetting pioneer Leroy’s App), the Club Cal Neva Satellite Race and Sportsbook Division plus Brandywine Bookmaking (which operates Nevada’s Lucky’s sportsbooks). The latter purchase prompted Cantor Gaming to file a non-compete/breach of confidentially lawsuit against former Cantor exec and Brandywine founder Joseph Asher. Asher filed a countersuit alleging that Cantor’s suit was designed solely to queer the deal with William Hill. Now local gaming regulators may also be standing in Hills’ way by delaying consideration of Hills’ application for a Nevada gaming license.

Sources close to the Gaming Control Board (GCB) told the Guardian that Hill’s application was expected to come up for discussion at the regulator’s April or May monthly meetings, but there’s as yet no sign of it on the agenda. American Wagering snr. vp John English told the Las Vegas Review-Journal that the “not uncommon” delay was “part of the normal process and proves the GCB is taking their time and being thorough.”

The Guardian reported that the GCB is examining the history of Robin Chhabra, Hills’ head of strategy and corporate development. In 2010, the former equity analyst was fined £95k by UK regulators for passing confidential information to an acquaintance. Also reportedly earning GCB attention is Hills’ relationship with joint venture partner Playtech, whose founder Teddy Sagi was convicted of manipulating stock prices in the mid-90s.

COKE ADDS LIFE… AND GAMING LICENSE APPROVAL?
Frankly, we have a hard time imagining the GCB not approving Hills’ application based on some stock market shenanigans that originated from within its executive ranks. After all, Cantor Gaming is headed by Lee Amaitis, who has an infinitely more colorful history. As the New York Times reported in 2010, the former bond trader was arrested in 1986 for his role in “a multimillion-dollar drug ring that was peddling cocaine at Wall Street firms. [Amaitis] pleaded guilty to possession as part of a plea bargain. The indictment was dismissed, and he was sentenced to a year¹s probation and a $5,000 fine.”

Given the GCB’s willingness to forgive and forget Amaitis’ felonious indiscretions, how then would they rationalize rejecting an upstanding UK institution like Hills? Wild, completely-unsupported-by-a-shred-of-evidence conspiracy theory alert: Cantor Gaming hopes to hobble/delay a new competitor’s entry into the market via frivolous lawsuits and string-pulling with well-positioned friends on the GCB. What? You don’t buy it? Well, sure… You’re probably the sort that still believes soylent green isn’t people.

Disregarding the above theory, Amaitis’ ‘guilty with an explanation’ plea is worth noting: “It was during the roaring ‘80s, and I got swept up in it.” So long as that’s the standard, what rationale could the GCB offer for rejecting an online poker license application from any of the Latin American-based operators who “got swept up” in the initial online gambling boom in the roaring ‘90s? Just sayin’…