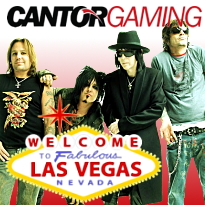 The legal tussle between Cantor Gaming and its former managing director Joseph Asher turned another page this week after Asher filed a counterclaim in Clark County District Court. Cantor filed a lawsuit against Asher in August, claiming the former employee had breached non-complete and confidentiality obligations. Asher left Cantor in 2007 to form Brandywine Bookmaking and Lucky’s Race and Sports Book, both of which were acquired by William Hill in May. In April, Hills also purchased American Wagering, makers of Leroys App, the nation’s first authorized mobile sports betting system. All of which makes William Hill a threat to Cantor’s own retail and mobile sportsbook operations, and Asher’s counterclaim accuses Cantor of filing suit against him purely to “thwart the sale of Brandywine to William Hill for illegitimate competitive reasons.”

In less litigious Cantor news, the company is extending its In-Running wagering schedule for the rest of the NFL season. Previously only an option on select NFL games, players can now enjoy expanded betting options at any of Cantor’s six Nevada sportsbooks (M Resort, Hard Rock, Tropicana, Cosmopolitan, Palazzo and the Venetian) or statewide via Cantor’s mobile sports betting app.

Analysts at CB Richard Ellis’s Global Gaming Group are predicting Las Vegas Strip revenue could rise as much as 5.7% in 2012. The figure is based in part on growth in US household net worth, considered by the CBRE analysts as the best leading indicator of Strip revenue. However, the analysts are concerned by the wild card that is baccarat. Strip casinos have increasingly relied on Asian VIPs winging into town to drop millions at the baccarat tables, but with China’s white-hot economy showing signs of cooling down, there may be fewer Asian high-rollers around, and many of them could decide the flight to Macau or Singapore is a lot shorter than the long haul to Nevada.

However, there’s one thing Vegas can offer that those Asian hotspots cannot: Mötley Fucking Crüe. The aging glam-rockers are rumored to be taking up a short-term residency at the Hard Rock Hotel. In a town better known for hosting sedate ‘talent’ like Céline Dion, the Crüe are planning to play three or four nights a week for a month starting near the end of February 2012, assuming the mercurial quartet don’t kill each other or end up in jail.

Speaking of girls, girls, girls, Nevada’s crop of legal brothels just grew a little smaller. On Tuesday, the Wild Horse Ranch just outside Reno closed after regulators decided owner Lance Gilman had violated a financial ordinance by taking on a silent partner. The closure means 30 employees have lost their jobs and countless patrons have to look elsewhere for, er, jobs.