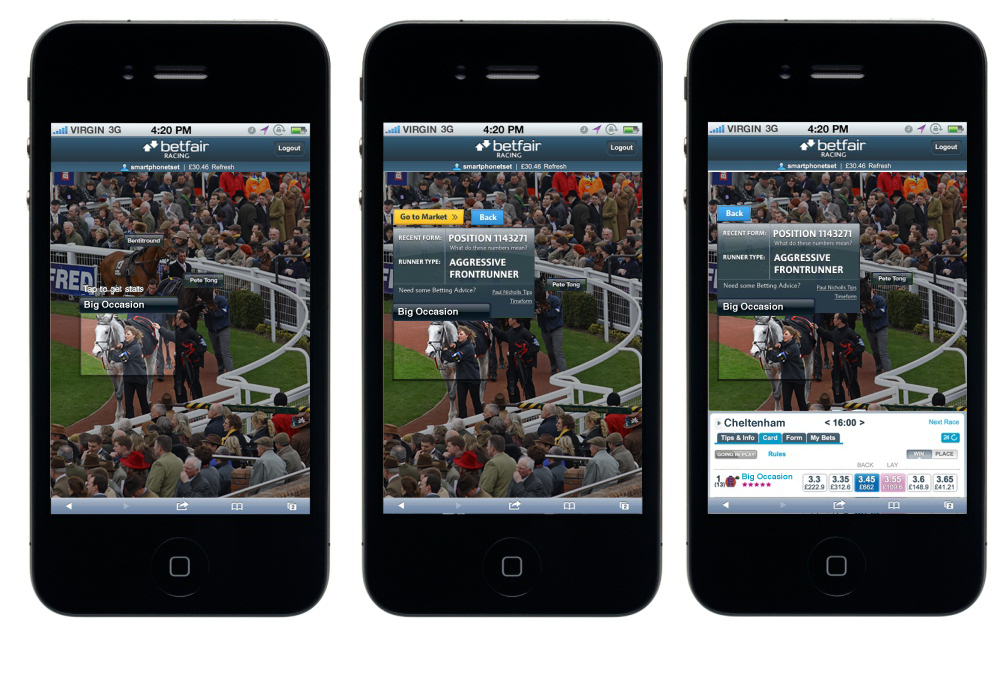 Betfair are in the process of developing an app that will make augmented reality a…reality. The company’s blog revealed the news to coincide with tomorrow’s Grand National and will link GPS data with mobile phone camera and picture recognition. Betfair said the app “is some way off, but it shows you what our research teams are currently exploring”. The screenshots that were released are impressive and show a video of a horse in the parade ring complete with form and runner type. Odds also pop up at the bottom and even if it takes years to come out it’s an exciting development for customers on the exchange.

Gambling industry recruitment specialists Pentasia have unveiled a new office in San Francisco. The firm becomes the first to offer on the ground iGaming recruitment in North America and CEO Rob Dowling explained that they had to make sure everything was right before setting up shop.

“Pentasia has always sought to base its delivery operations as close to its clients as possible and so it was imperative for us to open an office in San Francisco at this juncture,” he said. “Finding the right recruiters has taken time but we have now assembled an exceptional team of consultants, who we feel have the expertise and determination to drive our San Francisco operation and our clients forward at this exciting time.”

Experienced gaming technology recruiter John Bailey will head up the operation and Dowling added that they have “major growth plans for the North American region over the next 18 months”. It comes after they also opened up an office in the world’s largest gambling industry market, Macau.

Fortuna Entertainment Group has increased the scale of its agreement with British affiliate marketer Network Media Services (NMS). The central and eastern European operator will use NMS’ eGaming Affiliate System Software (eGASS) in Slovakia, Poland and the Czech Republic and it adds to a deal already in place to use it for the FortunaWin.com portal. According to Fortuna it makers the start of “a major new affiliate drive”.