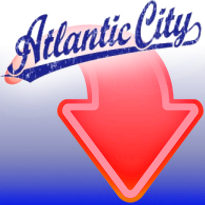 Because nobody can resist beating a dead horse, the day also brought news of the cancellation of the New York City to Atlantic City express train. The Atlantic City Express Service (ACES) was launched with great fanfare in Feb. 2009 and was intended to spare impatient New Yorkers the drudgery of spending endless hours stuck in traffic just to get their casino fix. The train featured double-decker cars, each equipped with a bar and waitresses, and extra wide leather seats. Three AC casinos – the Borgata, Harrah’s and Caesars Atlantic City – provided $19m in financing to get the line going. But true to form, the service lost $5.9m in its first year of operation and never turned a profit in its three years of existence. Caesars spokeswoman Katie Dougherty told the Associated Press that her company had “learned a lot about trains over the last three years.” Enough to recognize when one goes off the rails, at least.

AC’s declining fortunes have led some gaming joints to take increasingly desperate measures, such as the much-criticized $19 room rates. Seems those who forget history are indeed doomed to repeat it. Former AC casino exec Wayne Schaffel told the Press of Atlantic City that he’d seen this “vicious circle” before in Laughlin, Nevada. As business fell off, Laughlin’s gaming joints also cut room rates to the bone, but choking off that revenue stream meant casino bosses needed to cut expenses even more to make up the difference. “This will result in rooms that never get remodeled. Conditions will deteriorate and this will cause some of the better clientele to stay away even more than they do.”