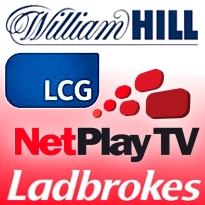 NetPlayTV has released a trading update for Q4 2011 that has it anticipating full-year results “ahead of market expectations.” The interactive gaming outfit saw a 27.2% increase in new depositing casino players (rising to 9,261) and a 21.7% bump in active depositing players (to 17,783). Key performance indicators are ahead of the same period last year, December was reportedly an especially lucrative month, and the tie-up signed with Channel 5 in October has to date “delivered cost effective customer acquisition.”

Ladbrokes Ireland CEO Joe Lewins has told the Irish Times that worsening economic conditions could result in the shuttering of up to 150 betting shops across the Republic, leading to the loss of up to 600 jobs. Lewins’ dire projections are part of a campaign to convince Irish politicians to change the bookmaking tax formula from 1% of turnover to 10% of gross profits. The man responsible for the Republic’s horse racing/breeding sectors, Agriculture Minister Simon Coveney, is seeking submissions from the betting industry on how best to proceed.

In other Lads news, the Danish High Court has ruled that a 2008 Lads ad campaign infringed on the trademark of Denmark’s monopoly gaming provider Danske Spil. The campaign in question centered around the phrase “Danske spil Engelske Odds” (Danish games, English odds). However, Lads won’t face any sanctions as a result of the ruling, as eGamingReview reports that Danske Spil was simultaneously found guilty of breaching the country’s marketing act at Lads’ expense. Since neither party was considered to have suffered more harm at the hands of the other, the Court essentially called it a case of offsetting penalties. Now go and sin no more…