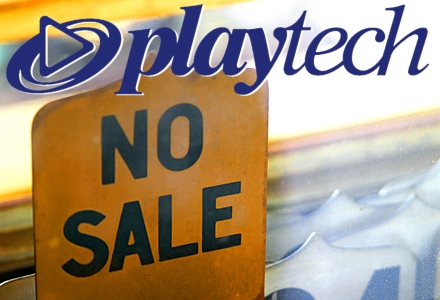 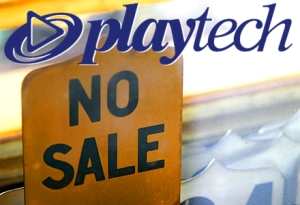 The decision by online gaming platform provider Playtech to place 46.5m shares at a discounted price is coming under fire from market analyst Ivor Jones. The share offering, which Playtech justified as a way of raising £100m to fund an acquisition binge and future joint venture projects (because the current one with William Hill is going so smoothly), is being described as a back door way for Playtech founder Teddy Sagi to increase his already substantial holdings in the company.

Institutional investors snapped up £39m of the available shares, but the remainder was purchased by Sagi’s investment firm Brickington (which underwrote the offering), boosting Sagi’s stake in the company from 40.3% to 43.7%. If institutional investors hadn’t stepped up, Brickington had offered to take the entire lot, which would have brought Sagi’s holdings to 49.9%.

The 215p/share placing still has to pass muster with Playtech shareholders at their Dec. 19 extraordinary meeting at company HQ in the Isle of Man. Numis Securities’ Jones thinks shareholders would be wise to reject the sale, in part because Playtech has yet to describe its £40m “acquisition opportunities” in detail, thus leaving shareholders in the dark as to what exactly they might be approving. Details of the acquisitions could theoretically boost the share price, instead of selling now while the stock is at a multi-year low.

Playtech has also decided to reinstate a 40% profits dividend that was deferred in August, puzzling Jones, who wonders why a company seemingly desperate for acquisition capital would agree to a payout that could amount to £40m. But Jones has a theory: “It does, of course, suit the principal shareholder, which having subscribed for 61% of the new equity, will get the 2011 interim and full year dividends combined within just a few months.” A Playtech spokesperson justified the moves to The Telegraph by reasoning that raising equity was cheaper than raising debt, and that the dividend was being issued to satisfy the demands of income fund investors.

Mind you, not all analysts were chanting ‘Sagi sucks.’ At least, not as loudly. Peel Hunt’s Nick Batram said the size of Sagi’s Playtech holdings was largely irrelevant. Evolution Securities’ James Hollins called the offering “a sensible approach in further cementing [Playtech’s] market leadership,” although he admitted Sagi’s increased control of the company “may be viewed negatively.” Playtech is indeed a market leader in back-end solutions for many European online gambling operators, but with questions mounting as to Sagi’s reported role in the ‘Israeli Insurrection’ at William Hill Online’s Tel Aviv offices, prospective clients and joint venture partners may have fresh reason to pause before signing on the dotted line.