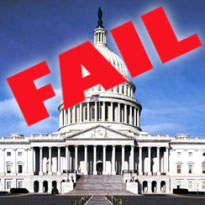 With the failure of the so-called Super Committee to figure out a way to leap tall deficits in a single bound, America has officially proven itself incapable of putting its own financial house in order. (Seems democracy ain’t the only thing America has in common with Greece.) The Committee’s failure also killed much of the false hope for US federal online poker legislation in this calendar year. Of course, Senate Majority Leader Harry Reid (D-NV) could still bring his ‘phantom’ bill to the floor — with or without the rumored support of Sen. Jon Kyl (R-AZ). But with Rep. Mary Bono-Mack (R-CA) emerging from last week’s House poker hearing saying lawmakers and stakeholders were a long way off from anything resembling consensus on legislation, the likelihood of any bill being hurriedly jammed through before Christmas appears dubious at best.

With federal inertia, the momentum will once again swing back to the state level. Robert H. Smith, chairman of the California Tribal Business Alliance, wrote an online poker op-ed in the Sacramento Bee over the weekend. Smith made it clear that he supported intrastate poker, so long as it adhered to many of the same concerns regarding taxation and sovereignty voiced by Indian tribes at last week’s Senate Indian Affairs Committee poker hearing in Washington. But Smith also restated the CTBA’s opposition to the SB 40 legislation proposed by Sen. Lou Correa and supported by the Morongo Band of Mission Indians, hoping instead that a renewed effort in 2012 would produce a bill all Cali’s tribes could get behind.

Meanwhile, the District of Columbia’s schedule of public meetings on its own localized online poker plans came to a conclusion Monday night as residents of Ward 6 weighed in. Opponents of the DC Lottery’s iGaming plans were vastly outnumbered by supporters — including a deaf interpreter who backed online poker because hearing impairments make playing at brick-and-mortar casinos nigh impossible for herself and her deaf friends (who are barred from using sign language at the poker tables, for fear they would be colluding).

Regardless of at what level the US ultimately regulates online poker, one company that will not be looking to take advantage is Zynga. Lo Toney, General Manager of Zynga Poker, has been making the online gambling media rounds to refute the popular perception that Zynga was itching to make the switch from play money to cold hard cash games. Toney told eGamingReview that Zynga was “in the virtual goods business and we have been able to create a good business for ourselves like this, so we have no plans to enter the real-money market.” Toney echoed these claims to PokerNews, saying: “We monetize the virtual goods. That’s our business model. We have no interest in going after the real-money space.” But just wait until the gleam of Zynga’s upcoming initial public offering fades, and the company needs some other way to wow potential investors…