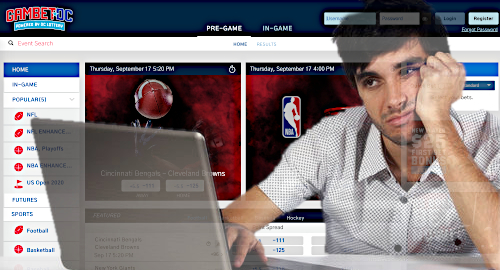 Sports betting in the District of Columbia is upending the traditional narrative in which retail betting languishes when online options are available.

On Wednesday, the Washington Post reported that the DC Lottery’s GamBetDC digital gambling platform had generated revenue of around $263k for the city of Washington by the end of August. That gives the product just one month to hit the $17m the DC Council originally claimed the city would reap by the end of its current fiscal year.

The Intralot-powered product had its soft launch in May and suffered from the same pandemic disruptions to the sports calendar as any other bookmaker. But GamBetDC was heavily criticized for offering unattractive odds that any discerning bettor would know to avoid like the plague.

A DC Lottery spokesperson told the Post that GamBetDC’s betting handle had nearly tripled from July to August as major leagues resumed play. But that didn’t stop DC officials from reducing the app’s expected contributions to next year’s budget from the previous forecast of $28m all the way down to $12m.

GamBetDC’s performance looks even worse compared to that of the retail sportsbook that William Hill US opened in August at Capital One Arena. Despite the retail offering being currently limited to a few betting kiosks and ticket counters, the Post reported that Hills had in just one month booked nearly triple the $3.1m its digital rival handled in three months. The city’s share of Hills’ action came to around $140k.

Intralot’s no-bid contract for DC’s online betting monopoly was controversial from the start due to highly suspect decisions by some DC Council members. But the contract has survived all legal challenges to date, leaving DC bettors with little recourse but to walk down to Capital One Arena (or patronize any number of internationally licensed online sportsbooks) in pursuit of better betting value.

Intralot also powers the Montana Lottery’s Sports Bet Montana product, which has also left local bettors seriously underwhelmed. The retail-only product launched in early March and Lottery spokesperson Jennifer McKee said Wednesday that the product had handled only around $5m in wagers to date and just $189k in the first week of the current NFL season.

McKee noted that the pandemic did damage to the sporting calendar and claimed that the Lottery had yet to launch any serious promotion of the betting product. McKee expects future NFL weeks to raise handle to around $500k and claimed the Lottery was “very happy where we are right now.” Glad somebody’s happy.