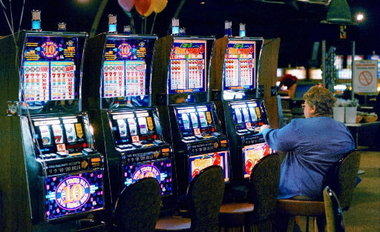 Intralot will avoid any messy bidding war in Ohio after the state’s Controlling Board voted to allow them to bypass the bidding process. It means the state’s central gaming system will be developed by the company with the Greek firm being handed $9million every year over two years. Upon completion, the company will operate the state’s video lottery terminals (VLTs).

Why no bidding process then? We’ll leave it to spokesperson Danielle Frizzi-Babb. Take it away…

“For each month that a single race track with 1,000 machines is not operating, Ohio could conservatively see an opportunity loss of $2 million dollars in revenue, or $8 million over a four-month timeframe, which is the amount of time it would take to bid out the contract.

“The numbers are based on figures in the Spectrum Gaming report that estimate Ohio racinos should generate between $225 and $275 win per VLT per day.”

What the state doesn’t recognize is that if they’d decided to open the process up then a better deal may well have been on the table. Although by not opening the bidding an already successful system will continue to be just that. If it ain’t broke don’t fix it and all that.

The deal will see VLTs installed at Ohio’s seven horse tracks as well as the four casinos already operated by Intralot. The latest deal comes with controversy still haunting the process for which they won the contract to operate the DC Lottery’s online gaming industry site. Intralot must have read the signals wrong in DC as one of their subsidiaries has a 51% stake in the lottery contract without having been involved in the process.